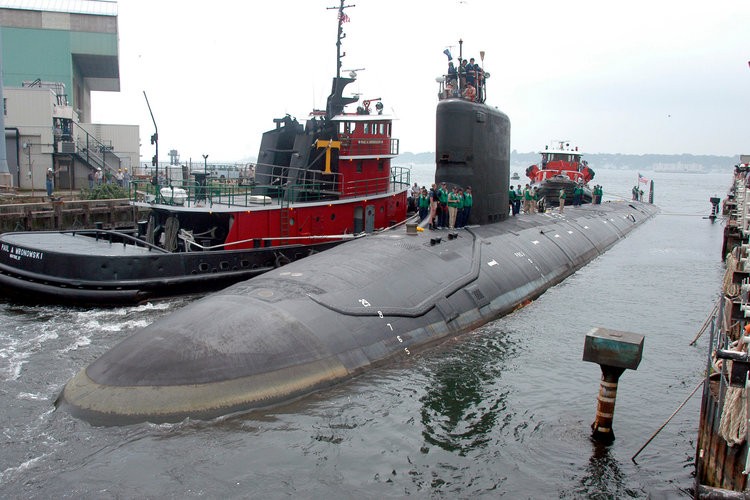 SENT IN BY ON OF OUR READERS

A Navy engineer and his wife are charged with espionage for selling classified nuclear data to a foreign government in exchange for a hundred thousand dollars in cryptocurrency.

In April 2020, Jonathan Toebbe sent a letter to an undisclosed foreign country — listed in court documents only as “COUNTRY1” — to propose and “establish a covert relationship,” the FBI wrote in charging documents. The postmarked envelope, which was ultimately traced to a return address in Pittsburgh, allegedly contained Navy documents and an SD card containing three encryption keys with instructions on how to respond using an encrypted messaging platform.

At the time, Jonathan Toebbe worked as a Navy nuclear engineer at an atomic laboratory outside Pittsburgh that focused on the design and development of nuclear power. A government employee since 2012, he held top secret security clearance through the U.S. Department of Defense as well as an active Q clearance from the Department of Energy.

In December 2020, officials for the unidentified nation turned over the envelope and its contents to U.S. authorities. Within days, the FBI launched a covert counter-intelligence operation — and began corresponding with the letter’s author.

“I apologize for this poor translation into your language,” Toebbe, who identified himself by the cryptographic pseudonym “Alice,” wrote undercover agents, according to the complaint. “Please forward this letter to your military intelligence agency. I believe this information will be of great value to your nation. This is not a hoax.”

On Dec. 26, the FBI began corresponding with Toebbe using ProtonMail, a end-to-end encrypted email service. For months, an undercover agent covertly gained the trust of the nuclear engineer.

“We received your letter,” agents wrote back. “We want to work with you.”

The FBI promised to coordinate a “trusted friend” of the undisclosed country to arrange a payout in exchange for sensitive military data. The government’s suggested arrangement, however, was quickly shot down by the anonymous author.

“Face to face meetings are very risky for me, as I am sure you understand,” the sender replied in a note months later.

Toebbe instead allegedly demanded $100,000 USD via cryptocurrency for the military data to prove the supposed foreign official wasn’t an “unwelcome third party looking to make trouble.”

“Please remember I am risking my life for your benefit and I have taken the first step,” the note cautioned. “Please help me trust you fully.”

Toebbe promised to upload the military documents to an encrypted cloud storage account and provide a download link once he received a monetary gift.

The FBI, in turn, suggested an initial $10,000 payment as a good faith payment to be left at a neutral drop location. Toebbe, however, still suspicious of the arrangement, demanded he choose the location.

“If other interested parties are observing the location, I will be unable to detect them,” he stated. “Tracking devices and other nasty surprises must be considered as well.”

He reiterated the payout be made using Monero, blockchain-anonymous and privacy-oriented cryptocurrency.

On June 10, the FBI paid Toebbe roughly $10,000 USD in cryptocurrency to an address the Naval officer allegedly provided.

Agents then set up a “dead drop” in Jefferson County, West Virginia, promising Toebbe an additional $20,000 “upon the sample verification and authenticity of the information provided at the drop location.”

On June 26, Toebbe was observed “servicing” the drop location, according to the criminal complaint. He was allegedly accompanied by his wife, who acted as lookout. Upon leaving the location, the couple moved in a way to strategically detect whether they were actively being followed, FBI special agent Justin Van Tromp said in charging documents.

A blue 16 gigabyte SD card wrapped in plastic then “placed between two slices of bread on a half of a peanut butter sandwich” was later recovered from a plastic bag found at the location.

On July 31, the couple hid a 32-gigabyte memory card sealed in a Band-Aid wrapper in a resealable plastic bag, which they left at a separate drop location in south-central Pennsylvania.

In an encrypted message found on the memory card, Toebbe claimed he had thousands of more pages of such documents which divulve “decades of U.S. Navy ‘lessons learned’” which, he vowed, “will help keep your sailors safe.”

“This information was slowly and carefully collected over several years in the normal course of my job to avoid attracting attention and smuggled past security checkpoints a few pages at a time,” Toebbe had written.

He demanded the remaining $70,000 owed — and proposed a $5 million payment plan for the additional documents he promised to deliver.

Officials confirmed illustrations pertained to the Navy’s Virginia-class submarines, which are utilized in seek and destroy and reconnaissance missions and mine warfare. The subs, which cost $3 billion each, are expected to remain in service until 2060.

In his final correspondence with the FBI, Toebbe proposed continued data drops within an hour of Baltimore city limits. He described his growing paranoia — and a possible extraction of his family to a “safe third country.”

“I have considered the possible need to leave on short notice,” Toebbe had written. “We have passports and cash set aside for this purpose. I pray such a drastic plan will never be needed.”

Toebbe, who referred to his FBI fixer as an “old friend,” also revealed his active imagination, detailing daydreams that consumed him, which were fit for the closing scene of a spy thriller.

“One day, when it is safe, perhaps two old friends will have a chance to stumble into each other at a cafe, share a bottle of wine and laugh over stories of their shared exploits,” he wrote.

Jonathan and Diana Toebbe were subsequently charged with conspiracy to communicate restricted data and the communication of restricted data. The couple is currently in custody and being held without bond, officials said. They’re expected to make an initial appearance in federal court in Martinsburg, West Virginia on Oct. 12. Attorney information wasn’t immediately available for them.

Officials, who refused to divulge the target country of Toebbe’s intended communication, were tight-lipped about the counterintelligence investigation this week.

“For submarine warfare, the two targets are China probably first, and Russia second,” Mark Fallon, a former Deputy Assistant Director for the Naval Criminal Investigative Service (NCIS) told Oxygen.com. “It didn’t have to be a hostile country but if it was and they did take it, they might have thought it was an operation targeting them. It’s not an uncommon practice to send people into embassies offering to sell secrets.”

Fallon, who coordinated several offensive counterintelligence operations over his 27-year career — and who himself was once stationed at a submarine base — reviewed the case’s sprawling 23-page complaint, calling it a “classic” example of a government “false flag” operation.

He drew parallels in the case to ‘Operation Lemon Aid,’ in which FBI agents infiltrated a Soviet spy ring targeting east coast Naval base operations in the seventies. Art Lindbert, a U.S. Navy commander, who was recruited as a double agent, communicated with Soviet intelligence agents through messages hidden in orange juice containers, cigarette cartons, soda cans, magnetic keyholders, and other household items.

“You need some concealment device,” Fallon explained. “I don’t think wrapping it in plastic in a peanut butter sandwich probably wasn’t a bad idea. It just didn’t work out.”

If convicted, Jonathan and Diana Toebbe face a maximum punishment of life in prison. 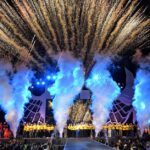 Major events in the planning for Pattaya 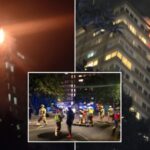