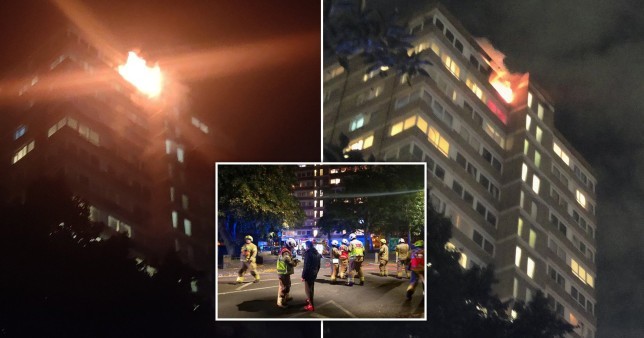 Ten fire crews have rushed to a London tower block which caught fire this evening.

Flames could be seen bursting out towards the top of the building on Westbridge Road in Battersea.

London Fire Brigade said a flat on the 20th floor is ablaze. A woman escaped the fire and is being treated for smoke inhalation.

As many as 70 firefighters have been sent to the scene.

Station commander Pete Johnson said: ‘Crews were faced with a lot of smoke issuing from the top of a block of flats on arrival.

‘Firefighters are working hard to bring the fire under control.

‘There are a number of road closures in place.’

The brigade said it was called at 8.02pm, with 999 control officers taking at least 18 calls.

The cause of the fire is unknown at this stage. 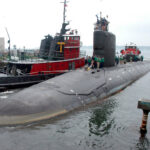 Navy Engineer Charged With Espionage After Smuggling Secrets In Sandwiches 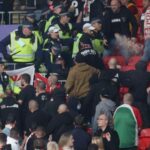