Naked woman Found: The naked body of a woman with multiple stab wounds was found in a townhouse in Hua Hin district on Saturday night.

A team of police and members of the Phetkasem rescue team went to the townhouse at Phu Tawan housing estate in tambon Hin Lek Fai at 7.30pm on Saturday night after neighbours reported a foul stench leaking from the townhouse.

They were accompanied by four people who had earlier told police a female relative had disappeared after driving to the resort town on Oct 8.

Police and rescuers cut open the lock on the front gate and entered the townhouse. They traced the smell to a large black plastic container left by the toilet bowl in a bathroom.

They opened the container, removed a blanket and a pillow from the top, and discovered the body of the woman curled up inside it. Forensic police and doctors from Hua Hin Hospital were then called to examine the corpse.

The body, wearing only a black bra, had begun to decompose. Seven stab wounds were found on the neck.

The right ear had been hit with a hard object and the left arm appeared disjointed. The woman was believed to have been murdered at least three days previously.

A kitchen knife, tainted with blood, was also found in the bathroom.

The four who accompanied the police confirmed the body was of their relative, identified as Suchapat Hiranpanthachot, 39, of Bangkok’s Prawet district.

They also confirmed that a black Chevrolet car found at the townhouse belonged to the murdered woman.

They said Suchapat drove alone in her car to Hua Hin on Oct 8 and they had since lostcontact with her.

A police investigation revealed that Suchaphat checked into a hotel in Hua Hin at about 9pm on Oct 8. She left the hotel at about 10am on Oct 9 without checking out. Hotel staff called her room, but received no answer.

On Oct 10, hotel staff entered the room and found the client’s belongings, including baggage, still inside. They reported the woman’s unexplained disappearance to Hua Hin police for fear that she might have had an accident. 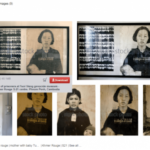 How to cash in on genocide tourism 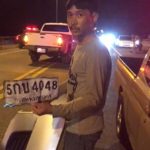 American pensioner to be charged after Thailand death crash