Home » Myanmar war crimes to be addressed by German Prosecutors In a German lawsuit, Myanmar’s military is accused of war crimes and genocide.

German prosecutors are being asked by 16 survivors and witnesses to look into the persecution of the Rohingya and those who opposed the military coup.

The Rohingya minority and opponents of the February 2021 coup were targeted during crackdowns by the military, and survivors of these abuses have filed a criminal complaint in Germany demanding authorities to look into and prosecute those involved.

On Tuesday, the advocacy group Fortify Rights made the complaint’s filing public.

The case was filed in Germany because to that country’s universal jurisdiction laws, which permit the prosecution of some serious crimes wherever they occur, according to Matthew Smith, CEO and co-founder of Fortify Rights.

Smith stated during a news conference in Bangkok, Thailand, “Germany is in a unique position to assist prevent impunity in Myanmar.”

In accordance with German law, the Myanmar military, according to this lawsuit, “systematically killed, raped, tortured, imprisoned, disappeared, persecuted, and engaged in other acts that amount to genocide, crimes against humanity, and war crimes.”

“Members of the military junta must be held accountable because they cannot feel secure from justice in our world.”

The military of Myanmar did not respond right away.

The complaint was submitted just days before it would have been two years since Senior General Min Aung Hlaing overthrew Aung San Suu Kyi’s democratic administration on February 1.

The power grab has sparked a fresh round of fighting in Myanmar, which was already under fire for the 2017 campaign against the Rohingya.

Civilian militias have taken up guns in response to the military’s ruthless suppression of peaceful protesters, and ousted lawmakers have established an alternative administration. Min Aung Hlaing’s attempt to solidify his coup was thwarted, and he retaliated by using even more force. His troops have carried out acts that the UN considers may constitute war crimes, including arbitrary murders, torture, and the total destruction of entire villages.

According to Fortify Rights, the UN Security Council’s rejection to refer the Myanmar military to the International Criminal Court led it to seek German assistance.

About half of the 16 people named in the lawsuit, according to the statement, were Rohingya who had survived crackdowns in Rakhine State in 2016 and 2017, while the remaining individuals had been victims of post-coup atrocities in various states and areas across the nation in 2021 and 2022.

They come from the Arakanese, Burman, Chin, Karen, Karenni, and Mon racial groups, among others.

Pavani Nagaraja Bhat, an investigative associate at Fortify Rights, stated, “We seek that for the first time in history, the Myanmar military be held accountable for all of its crimes against all ethnic groups.

“Despite coming from various regions, ethnic groups, and origins, all of the complainants have suffered greatly since the coup; many of them continue to live in constant terror even though they are outside of their home nations. They have lost their homes, families, livelihoods, and liberties. It’s horrifying what they’ve seen and endured, she told the press. The complainants are expressing their view that enough is enough by taking part in this complaint.

Nickey Diamond, who resides in Germany at the moment, is one of the people involved in the case.

He stated, “We trust that Germany will launch an inquiry and seek justice for the genocide, crimes against humanity, and war crimes committed by the military and its commanders in Myanmar. “Now is the time to put an end to impunity and make sure that military offenders and others are no longer free to commit crimes,”

A 51-year-old Rohingya lady who claimed the security forces killed seven members of her family during the 2017 crackdown is one of the other parties involved in the lawsuit. She added that she had heard security agents beating her next door while others under the military’s supervision raped her daughter-in-law. She also claimed to have seen soldiers beating, stabbing, and killing a large number of Rohingya men and children, as well as piles of dead bodies of Rohingya residents, in her hamlet.

She stated in a statement that “the Myanmar government and military have been trying to eradicate our Rohingya group for 50 years.” “I want justice for the genocide as a Rohingya lady so that it doesn’t happen again,” she said.

Thi Da, a 35-year-old mother of three, also filed a complaint, accusing the military of kidnapping her husband in 2021.

In a statement, the ethnic Chin woman expressed her continued rage toward the soldiers of the Myanmar regime. “They treat us like animals or objects and don’t think of us as people.”

The German Federal Prosecutor should launch an investigation, gather and preserve evidence for prosecutions, and issue arrest warrants for individuals guilty for the atrocities perpetrated in Myanmar, according to Fortify Rights.

It stated that more than 100 investigations into transnational crimes involving other nations and settings are now being carried out by German prosecutors. These include alleged war crimes committed by Russia in Ukraine.

It was observed that trials involving torture in Syrian jails and crimes committed by ISIL or ISIS, especially those against the Yazidi population, were also heard in German courts. 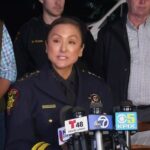 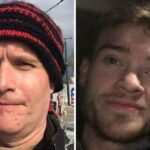