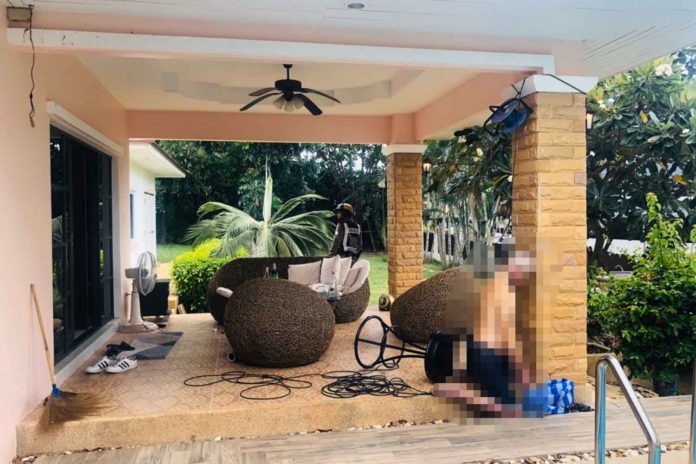 Police in Hua Hin have yet to come to any conclusions as to the investigation into the death of a 47-year-old Norwegian man intensifies.

A worker coming to maintain the pool found G. E. hanging from a cord in an outside area at the front of the bungalow.

A large number of police including tourist officers, forensic teams and medics descended on the house.

The victim was hanging from a coiled electrical extension cord that had been secured to a concrete beam.

Dressed only in jeans’ shorts the victim was kneeling. There were no injuries to the body apart from slight grazing on one knee.

Next to the body was a fallen bar stool adjacent to a sofa area.

On a glass tabletop investigators found three bottles of Thai spirits, two were empty and the third was half empty.

There were two empty beer cans.

There were three glasses and a shot glass as well as two sets of plates with spoons and forks.

Also on the table was a mosquito spray can, cigarettes, lighter and ashtray.

A mobile phone was found in the pool.

The body was found by Wirot, a maintenance man who said that the Norwegian who had rented the property for six months had hired him to look after the pool.

He arrived as normal and when his calls were not answered he peered through the gate and saw the body and called the police.

Police are gathering fingerprint evidence on all the items found at the scene, such as bottles, glasses and plates.

They are contacting relatives and studying CCTV in the vicinity of the house.

They have yet to state whether this was a suicide or a staged suicide to conceal a murder.

The body has been taken to Hua Hin Hospital.

Investigations continue; more about this as we hear of it 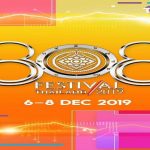