Home » Motorcyclist killed in crash with rear of parked truck

A motorcyclist was killed early Tuesday when his bike crashed into the rear of a truck that had been parked on a roadside in Ayutthaya’s Bang Pahan district after one of its tyres burst.

Police said the accident happened at 3.30am on Asia highway in Tambon Khayai. The motorcyclist was identified as Thiradej Suksombat, 26. The truck driver, Somchai Yokhanan, 33, told police that he had delivered goods to Pathum Thani. He said he was returning home in Lop Buri when a tyre of his truck burst at 9pm Monday. He parked the truck on the roadside, and planned to call a repairman the following morning.

Somchai said the truck’s emergency lights had been turned on. Police said the spot was dark and the motorcyclist did not see the truck. NT – EP

Wissanu says election will be ‘by May 5’ 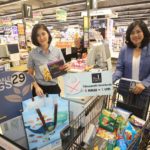