A man and a woman were killed and a boy seriously injured when two motorcycles collided and went up in flames in Phanom Thuan district on Monday morning.

The accident occurred at 8.50 am on a local road near Moo 8 village in tambon Nong Rong, Pol Capt Nathapat Thuamsuk, of Phanom Thuan police, said.

Lek was returning home carrying a can of petrol. He collided with the other motorcycle and both were quickly engulfed in flames.

Lek and Boonthian died. The boy, Methawin, was seriously injured.

Pol Capt Nathapat said it was believed the can of petrol carried by Lek broke open in the crash and the fuel splashed on both motorcycles and caught fire. 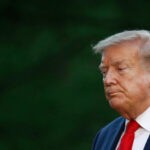