Phetchaburi police have arrested a man who allegedly stole many metal screws needed to help hold the rails in place on a section of local track– an act which caused derailments of six cars in train service on Monday.

The suspect is identified as Sompong Khlaikhlueng, 54. Police are looking for a man who helped remove the screws.

Police received a tip-off from a metal scrapping yard, which bought 66 screws and 20 metal plates that are used to hold rails in place, from Sompong and the second suspect.

Police also seized a pick-up truck that Sompong drove to the scavenger shop located in Cha-am district in order to sell the stolen items.

An eight-car train derailed in Phetchaburi province on Monday as a result of a large number of screws and other attachment devices that were removed from a 342-meter rail section.

Six cars of the train traveling from Lang Suan to Thon Buri swerved off the railway.

There were no injuries, but the derailment caused a huge congestion of train traffic as well as a hectic transfer of more than 200 passengers to another train. 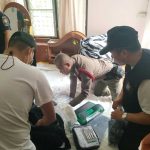 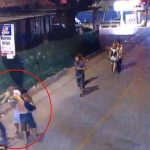 Briton ATTACKED in Thailand is jailed for DEFENDING HIMSELF

Mark KellyJanuary 22, 2020
A man and a woman, aged 30 and 24 years respectively, turned themselves in to...
END_OF_DOCUMENT_TOKEN_TO_BE_REPLACED