Home » Mother’s Day: Why is it celebrated on different dates?

Initially, a US holiday, Mother’s Day has become widely popular in different countries around the world.

Many nations in the West are celebrating Mother’s Day on Sunday, nearly two months after the occasion was marked in Qatar, Bahrain, Iraq, and other countries in the Middle East.

Mother’s Day is an international date honouring mothers and the influence of mothers in society.

Initially, a US holiday, Mother’s Day has become widely popular in various countries around the world.

Cynics say its success is mostly commercially driven, with businesses worldwide taking inspiration from the United States, and thriving on extra sales of flowers and gifts.

Middle East
Mother’s Day in most countries in the Arab world is celebrated on March 21, the first day of spring.

In the Middle East, the celebration first started in Egypt in 1956, after Mustafa Amin, an Arab journalist, wrote about it in his book, A Smiling America.

However, it was not until 10 years later that a woman who visited Amin’s brother, Ali, spoke about the hardships she faced as a single mother.

The story inspired Ali to bring back his brother’s idea and he wrote about the importance of recognising mothers and their work.

“Why don’t we choose a day of the year to be ‘Mother’s Day’ where we celebrate them in our country [Egypt] and other eastern nations,” he wrote, according to local reports.

Shortly after, the idea gained popularity, and in 1956, Akhbar el-Yom newspaper’s March 9 front page acknowledged the date, indicating it would be celebrated on March 21.

Since then, the practice was copied in most other Arab countries.

It started in 1908 when Anna Jarvis, the founder of the holiday, held a memorial for her mother at St Andrews Chruch in Virginia.

Jarvis’ mother always expressed a desire for the establishment of such a date, and after her mother’s death, Jarvis started a movement for the commemoration.

It was first declared a holiday by the state of West Virginia in 1910 with other states quickly following.

Other countries, including Brazil, Venezuela, Vietnam, Uruguay, Bhutan, Croatia, Cuba, Belgium and Canada, also celebrate on the second day if May.

In 1997, Mother’s Day in China was dedicated as the day to help poor mothers and to remind people of mothers in rural China.

“Despite originating in the United States, people in China accept the holiday without hesitation because it is in line with the country’s traditional ethics – respect for the elderly and filial piety towards parents,” an article in the Chinese government’s official newspaper explained.

In China, the festivity falls on the fourth month of the lunar calendar, however, it is often celebrated in the second Sunday of May.

United Kingdom
People in the United Kingdom celebrate “Mothering Sunday” on the fourth Sunday of Lent, a religious celebration in the Christian calendar that begins on Ash Wednesday and ends six weeks later on Holy Saturday.

Historians believe it evolved from the 16th-century Christian practice of visiting mothers in the season of Lent.

The date changes every year because it is linked to Easter, and Easter varies depending on the lunar calendar.

In the UK the celebration has evolved and today it’s not that close to the church and it has become, mainly, a family day.

Residents of the UK celebrate ‘Mothering Sunday’ on the fourth Sunday of Lent.

France
Some cities in France began to celebrate mothers in 1918, a day on which “mothers of large families” were recognised for their work and effort.

Since then, it enjoyed a publicity boost in 1941 when the wartime government used the celebration to support their policy to encourage larger families, with all mothers being honoured including mothers of smaller families.

The festivity is celebrated on the last Sunday of May, unless it coincides with Pentecost day in France, then it is moved to the first Sunday of June.

Japan
In Japan, Mother’s Day was commemorated during the Showd period as the birthday of Empress Hojun on March 6.

However, it was established in 1931 when the Imperial Women’s Union was organised. In 1949, after the first meeting of “Praise Mothers” was held, the society decided to adopt the second Sunday of May as the official date of celebration in the country. 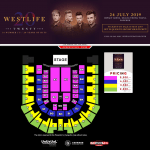 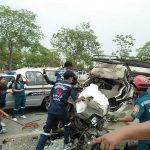