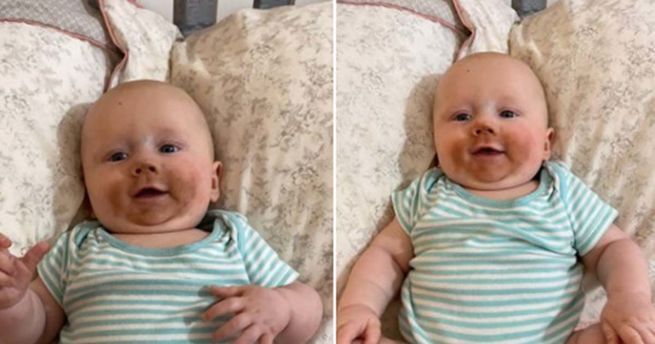 Think before you tan—if you’re nursing.

There’s a time and place to apply spray tans. But as young mom Keziah Jozefiak from the UK recently learned in the most hilarious way, it should never, ever be attempted if you’re about to breastfeed.

On February 14, Keziah tweeted photos of her bundle of joy, Rafael, who, post-nursing sesh, ended up with spray tan marks around his mouth.

“Someone please remind me to wash my tan off before feeding Raf please,” she wrote as a caption.

The tweet quickly blew up, and now has 102k likes.

According to The Sun, the mother had been applying tanning foam while her 5-month-old was asleep. When he suddenly woke up hungry, she breastfed him. Unfortunately, the foam hadn’t dried.

The mom said she burst into laughter when she noticed what happened, and said she couldn’t believe the tan left her son looking like Homer Simpson.

Considering there are chemicals in tanning foam, some were concerned about the child’s health. But Keziah assured Twitter that her baby was fine. “[I] can confirm he is OK, and it hasn’t stained his face. Don’t report me,” she wrote in another tweet. She also added, “RAFAEL is fine. It’s literally like licking a piece of chocolate off your hand after you tanned. He’s not downing my whole bottle of tan. I appreciate all your concern though. :)”

She also shared a newer photo of her son sans the tan.

The mom told The Sun she’s learned her lesson. “It is the first and definitely last time I feed him with my tan still on. It hadn’t actually occurred to me that the tan could transfer onto him,” she said.

Plus, how long it took her to remove the tan from her baby’s skin should be enough of a deterrent. Keziah said she used baby oil and baby wipes, and that it took her “a good solid hour to get the tan off his face properly, but he found the whole thing hilarious.”

It’s a good thing they both have a sense of humor. 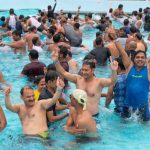