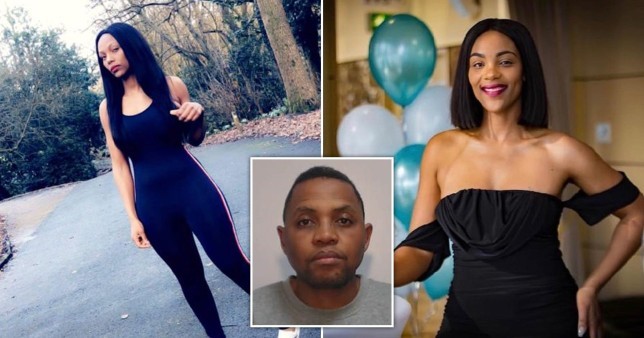 A man told a 999 operator ‘she deserved it’ after he brutally murdered his estranged wife with his child sleeping in the next room.

Carer Tamara Padi, 43, was terrorised in her own bed in a ‘planned and carefully executed attack’ after splitting with her partner of 14 years.

Aubrey Puli Padi, 46, let himself into her home and ‘lay in wait’, armed with knives, a hammer, gloves and a length of cord.

He ‘concealed himself’ in the house and set a 3.30am alarm so he could sleep and be assured his ex would be asleep to allow him to carry out the attack.

Padi beat her with a metal exercise bar before returning to stab her eight times when he realised she wasn’t dead.

A work colleague who was also staying at the house discovered her badly injured and she died in hospital.

Their child ‘mercifully’ slept through the ordeal, Manchester Crown Court was told.

Mum-of-two Tamara was described as a ‘lovely, bubbly, outgoing, professional woman’ who had finished a late night care visit before she was attacked in Stalybridge on July 7.

The relationship is said to have broken down and divorce proceedings were ‘imminent’.

They remained in regular contact after launching a care business together and had traveled to live and work in the UK from South Africa.

But in the build up to the killing, Padi’s violent and controlling behaviour was escalating.

Weeks before in a voicemail intercepted during the investigation, she had described his behaviour as ‘creepy’ and said he was ‘driving her away’.

A fortnight before the murder, Padi was caught checking the phone and just a day earlier had punched her because she wouldn’t let him use her phone.

On the night after the punch, he sent her ‘apologetic and threatening text messages’ – with one ending: ‘This is the last time you have disrespected me.’

Describing the attack, Prosecutor Richard Pratt QC said: ‘He must have realised that his daughter was in the house also.

‘The defendant left the room believing her dead, but returned when he heard a noise and stabbed her some eight times. There were numerous, defensive-type injuries.’

The court heard Padi ran away but rang 999 and confessed to an ambulance control centre call operator, adding that he was going to kill himself.

He told them: ‘I am sorry for what I have done, but she deserved it.’

Padi was arrested later after he told officers where he was. He had drunk whiskey and taken paracetamol.

The family watched in court as Padi, of Carrfield, Hyde, pleaded guilty to one count of murder.

He sobbed and looked away from his children as judge Elizabeth Nicholls sentenced him to a minimum of 23 years behind bars.

She said he had ‘effectively deprived their children of both parents, one through death, the other by the annihilation of trust in their father’.

The judge added: ‘Like so much violence against women, you tried to place the blame upon the victim, suggesting that she had wronged you and that you were driven to this conduct. Even going so far as to say she ‘deserved it’.

‘And what type of parental love is it that lies alongside your child while waiting to murder her mother?

‘There are no excuses and no fault lies with the victim, Tamara. This offence is entirely your responsibility.

‘No woman should have to endure at the hands of a man what Tamara did in her final hours.’ 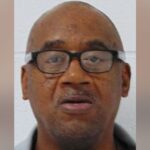