Home » WHY THAI FANS ARE ALL ABOUT MISS UNIVERSE ALBANIA

An 18-year-old beauty queen from Albania is winning Thai hearts and hashtags in what could be the strongest cultural connection between a Balkan nation and the kingdom in recent history.

Thais are calling Miss Universe Albania 2018 Trejsi Sejdini “Nong Trej” (Little Sister Trej) as a term of endearment and filling social media with support for a girl they see as atypical pageant fare. It doesn’t hurt that she’s embraced her new fans, enthusiastically repeating the Thai phrases they throw at her.

“She looks like a fierce but cute person,” said pageant superfan Pattaraporn “Patty” Suwanmanee. “She breaks the usual pageant queen rules. So people are interested in her because she’s real.”

Patty says the Thai pageant fanbase had already been following Sejdini on social media ever since she won the crown in her home country in June and surprised her with a welcome brigade at Suvarnabhumi Airport.

“For an underdog pageant country like Albania, that was probably very surprising,” Patty said. “So she treats her fans very well, always reposting their fan-made content, greeting her fans, and saying Thai phrases that her fans ask. Fans love her and feel close to her.”

It’s a very different reception than that received by some of Sejdini’s competitors. Angry calls have been issued for Miss Universe USA Sarah Rose Summers to be expelled after she criticized the English-speaking ability of Miss Cambodia and Miss Vietnam in an online video.

As for Sejdini, Patty said the has an exciting social media presence, where she posts about partying, smoking and drinking “without caring,” a departure from the usual wholesome image-crafting.

“There’s a sense of community with the fandom because of similar body language and facial expressions. She does sexy and fierce poses and isn’t afraid to express her sensuality through her body,” he said. “Her actions have a chemistry with the effeminate behaviors of transwomen, katoey and gays.”

A very Thai hashtag has emerged to express praise for Sejdini. Fans are posting clips of her speaking Thai phrases, their fanart and clips of her onstage with #MyDaughterIsAGoodPerson as a tongue-in-cheek way of defending her cheeky demeanor.

“Thai fans created the tag to protect and show love to her” after “somebody left a bad comment like ‘your dress is a little too revealing,’” he wrote in a message retweeted more than 500 times.

In a preliminary round held Thursday at Impact Muang Thong Thani, 94 contestants stood on stage in evening gowns and performed the “pageant wave” in unison – all except for Sejdini, who won screams and cheers for raising her hands above her head to make peace doves in a diva-esque move.

“It seems so cool when she doesn’t conform to looking like the ‘good woman’ pageants usually look for,” the academic said. “She’s becoming a media darling and has won the hearts of Thai pageant fans.” 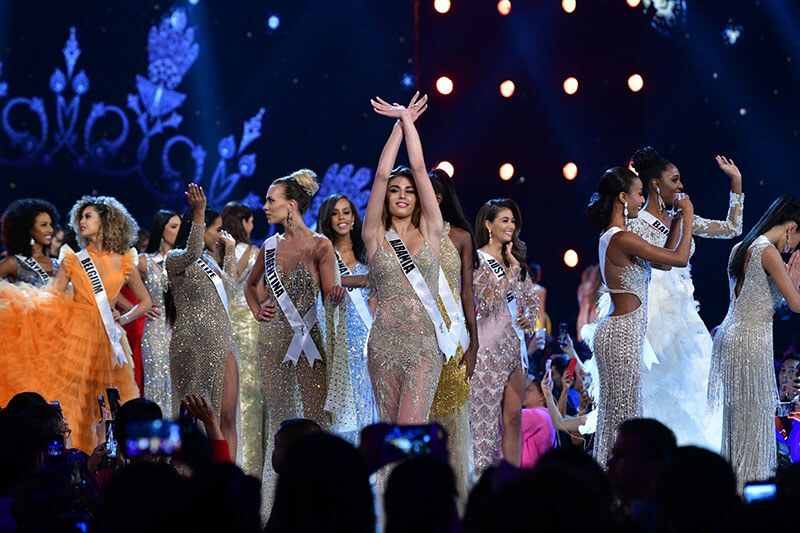 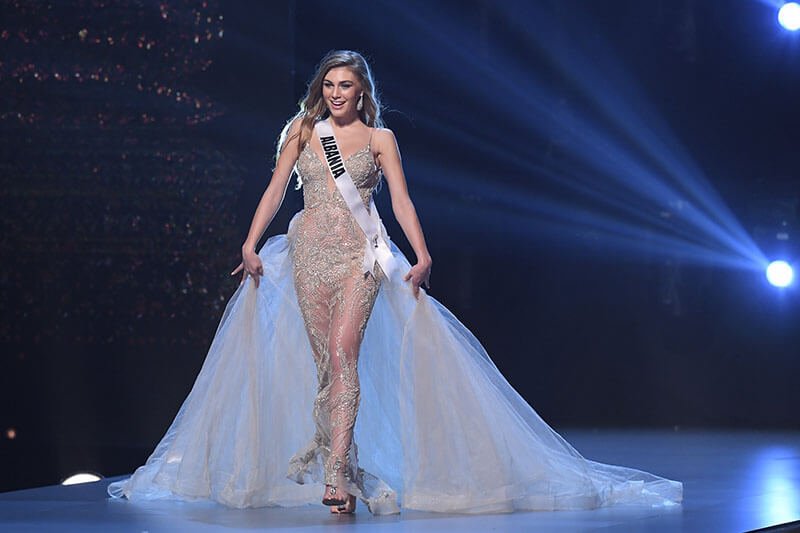 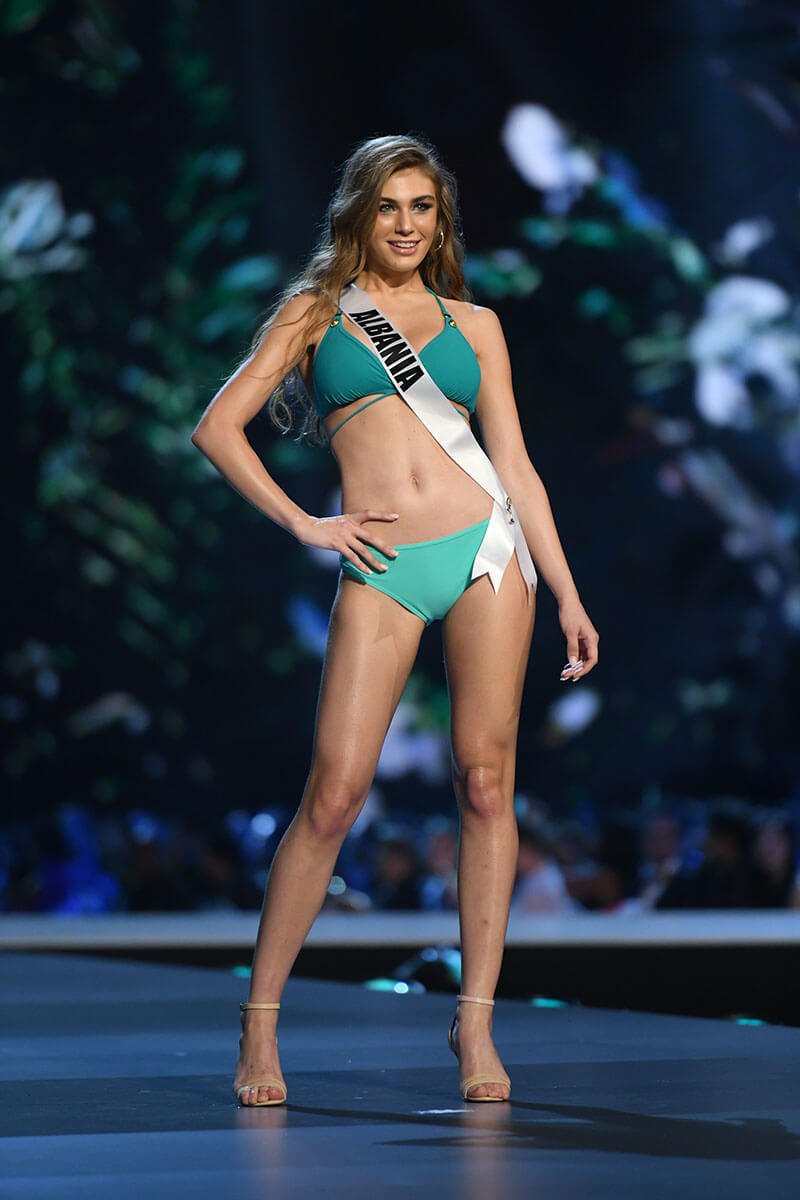 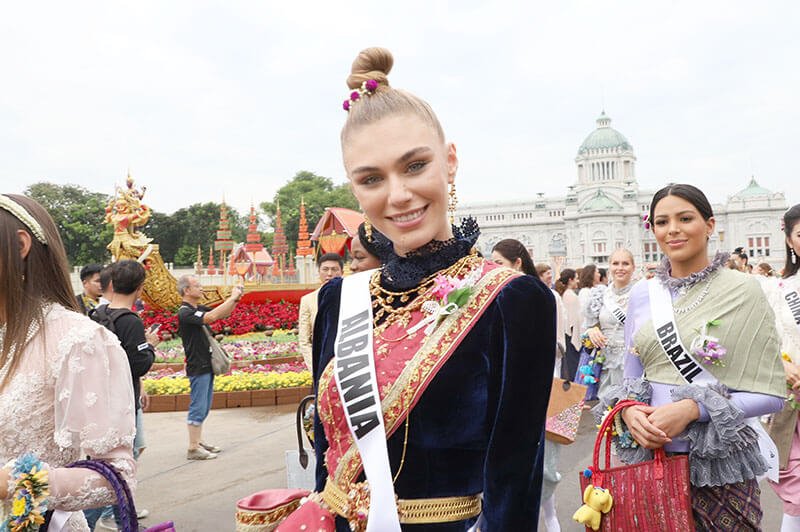 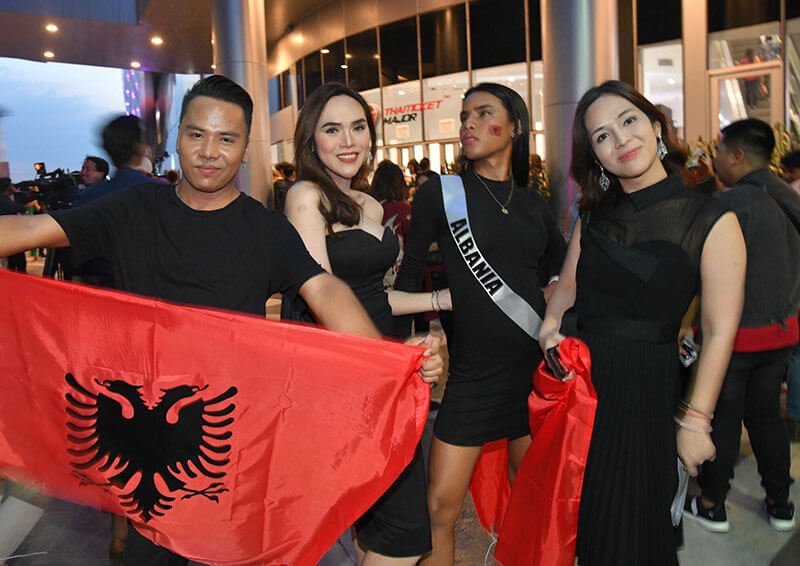 Fake bills update: Even 20 THB bills are being replicated.