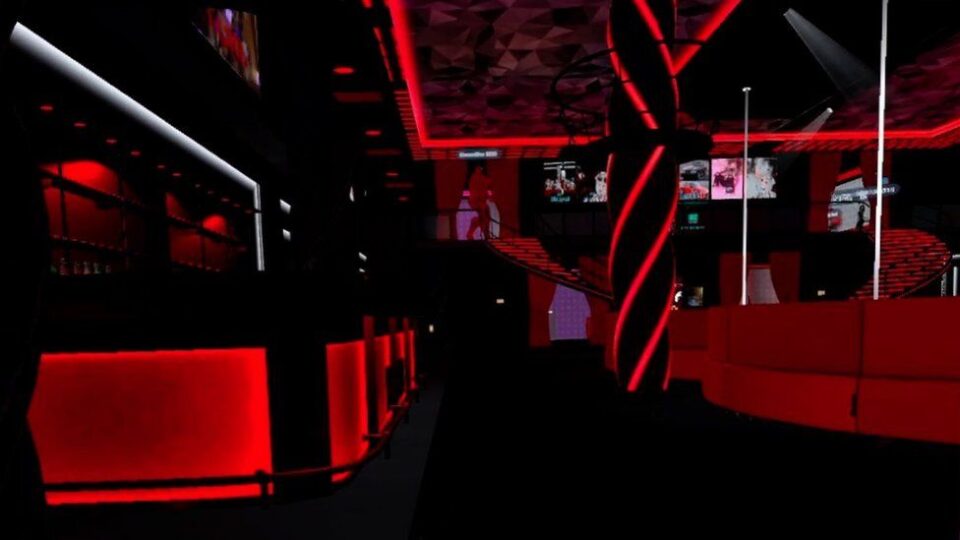 Some apps in the virtual-reality metaverse are “dangerous by design”, the NSPCC has warned in response to a BBC News investigation.

A researcher posing as a 13-year-old girl witnessed grooming, sexual material, racist insults and a rape threat in the virtual-reality world.

The children’s charity said it was “shocked and angry” at the findings.

The BBC News researcher – using an app with a minimum age rating of 13 – visited virtual-reality rooms where avatars were simulating sex. She was shown sex toys and condoms, and approached by numerous adult men.

The metaverse is the name given to games and experiences accessed by people wearing virtual reality headsets.

The technology, previously confined to gaming, could be adapted for use in many other areas – from work to play, concerts to cinema trips.

Mark Zuckerberg thinks it could be the future of the internet – so much so, he recently rebranded Facebook as Meta, with the company investing billions developing its Oculus Quest headset.

That headset – now rebranded the Meta Quest – is thought to have as much as 75% of the market share.

It was one of these headsets which the BBC News researcher used to explore an app, and part of the metaverse.

The app, called VRChat, is an online virtual platform which users can explore with 3D avatars.

While it is not made by Facebook, it can be downloaded from an app store on Facebook’s Meta Quest headset, with no age verification checks – the only requirement being a Facebook account.

The BBC News researcher created a fake profile to set up her account – and her real identity was not checked.

Inside VRChat, there are rooms where users can meet: some are innocent and everyday – such as a McDonald’s restaurant, for example – but there are also pole-dancing and strip clubs.

Following the BBC News investigation, the NSPCC (National Society for the Prevention of Cruelty to Children) said improvements in online safety are a matter of urgency.

Mr Burrows, from the NSPCC, told us what we had found was “extraordinary”.

He believes technology companies have learned little from mistakes made with the first generation of social media.

“This is a product that is dangerous by design, because of oversight and neglect. We are seeing products rolled out without any suggestion that safety has been considered,” he said.

Meta says it does have tools that allow players to block other users, and is looking to make safety improvements “as it learns how people interact in these spaces”.

BBC News also spoke to a safety campaigner who has spent months investigating VRChat and who now posts his videos on YouTube.

He has spoken to children who say they were groomed on the platform and forced to take part in virtual sex. He chooses to remain anonymous because he is concerned for the safety of his family.

The safety campaigner explained because VR is so immersive, children actually have to act out sexual movements.

My experience in VRChat

I was surprised how totally immersed in the spaces you are. I started to feel like a child again. So when grown men were asking why I wasn’t in school and encouraging me to engage in VR sex acts, it felt all the more disturbing.

VRChat definitely felt more like an adult’s playground than a child’s. A lot of the rooms were overtly sexualised in pink neon, similar to what you might see in the red light district in Amsterdam or in the more seedy parts of London’s Soho at night. Inside, sex toys were on display.

The music playing in the rooms, which can be controlled by the players, adds to the impression that it is not a space that is suitable for children.

Everything about the rooms feels unnerving. There are characters simulating sex acts on the floor in big groups, speaking to one another like children play-acting at being adult couples.

It’s very uncomfortable, and your options are to stay and watch, move on to another room where you might see something similar, or join in – which, on many occasions, I was instructed to do.

People whose job it is to observe developments in VR are also concerned.

Catherine Allen runs the consultancy Limina Immersive and is currently writing a report about VR for the Institute of Engineering and Technology.

She says her research team has found many of their experiences in VR “fun and surreal”, but others have been “quite traumatic and disturbing”.

She described one incident in a Meta-owned app where she encountered a seven-year-old girl.

A group of men surrounded them both and joked about raping them. Ms Allen said she had to step between the men and the child to protect her.

“I shouldn’t have had to do that, but that’s because there’s no moderation, or apparently very little moderation.”

VR and the metaverse are not specifically mentioned in the UK’s forthcoming Online Safety Bill, which is due before parliament in the coming months.

But in evidence to Parliament last year, Culture Secretary Nadine Dorries made it clear the legislation would cover the technology.

The bill, when passed, would impose a duty of care on platforms and providers to protect children from harmful content.

VRChat told us it was “working hard to make itself a safe and welcoming place for everyone.” It said “predatory and toxic behaviour has no place on the platform”.

Meta’s product manager for VR integrity Bill Stillwell said in a statement: “We want everyone using our products to have a good experience and easily find the tools that can help in situations like these, so we can investigate and take action.”

He added: “For cross platform apps…we provide tools that allow players to report and block users.

“We will continue to make improvements as we learn more about how people interact in these spaces.”

Charities advise parents to check which apps their children are using on VR Headsets and, where possible, try them out for themselves, to assess whether they’re appropriate.

Many apps allow users to simultaneously “cast” their experience to a phone or laptop, so a parent can watch what’s going on at the same time as their child plays. 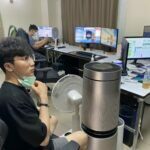 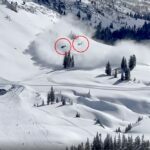