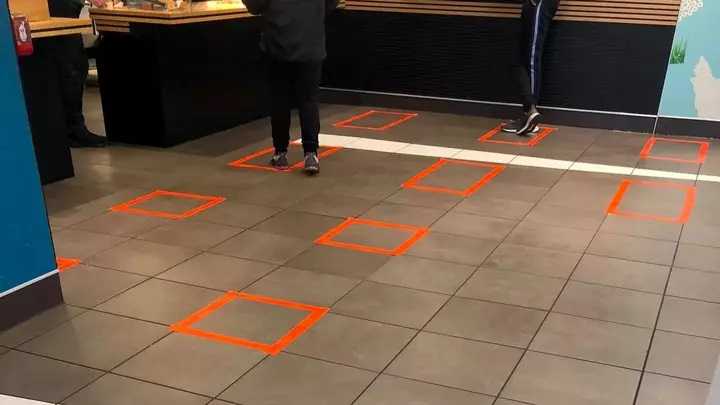 One McDonald’s store in the UK has come up with a simple but clever idea to help customers to socially distance themselves from others while waiting for their orders.

Ollie Smith, 22, spotted the innovative measures in place when he visited the McDonald’s restaurant in Cambridge at lunchtime 19 March. 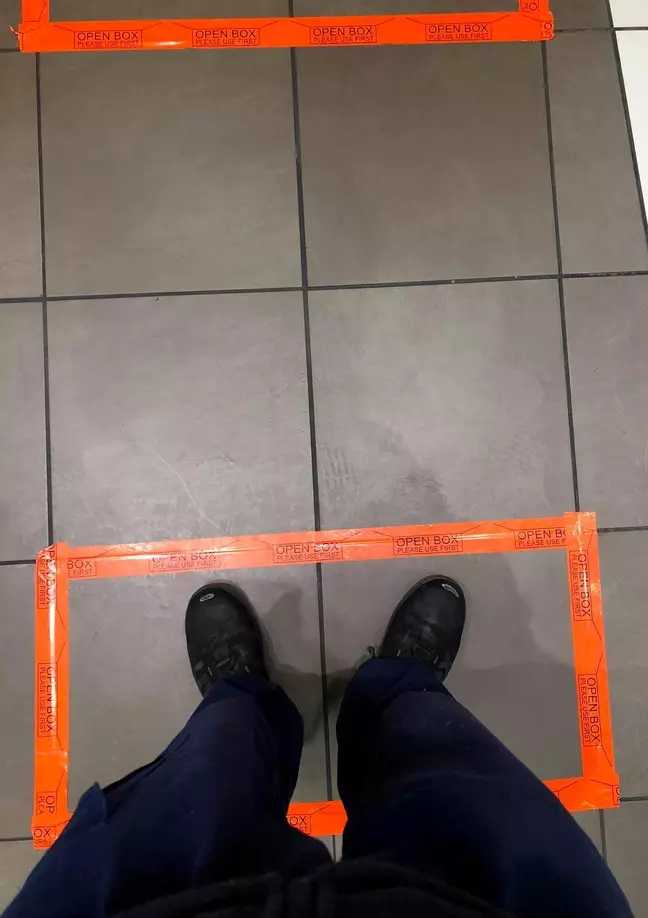 The boxes had been marked out with red tape and spaced two floor tiles apart from each other, in a bid to encourage customers to stand further away from each other while waiting to collect their food.

Smith, an apprentice aircraft engineer, said: “Nobody was told to stand in the boxes, but you knew what the intention of the boxes was for.”

He said the store inside was empty, but the drive-thru was ‘packed’.

Smith added: “I couldn’t believe how real this was becoming.

“I felt bad for the staff who were working extremely hard on the drive-thru.”

The fast food chain recently announced it would be closing all seating and children’s play areas, but would keep toilets and hand-washing facilities open where possible.

The chain will still be operating takeaway, delivery and drive-thru options.

Speaking about the news, McDonald’s UK and Ireland boss Paul Pomroy said: “The well-being of our employees, customers and suppliers remains of the greatest importance to us and these changes are designed with you all in mind.

“We have not taken this decision lightly and will continue to review this over the coming days.”

It has also announced that McDonald’s will be delaying this year’s Monopoly promotion until bosses can be certain that customers will be able to claim their prizes.

The statement went on: “This year’s prizes include a number of luxury holidays, European city breaks and cruises which will have all been impacted by current and ongoing restrictions on international travel.

“Following conversations with our suppliers and prize partners, we feel it is appropriate to delay the promotion until later this year.

“I apologise for any disappointment caused by this update and I look forward to Monopoly returning to our restaurants as soon as possible.”

The company later announced it would also be handing out free drinks to NHS workers, emergency services personnel, and health and social care staff, as a way to ‘thank and reward’ people who are working around the clock during the pandemic. 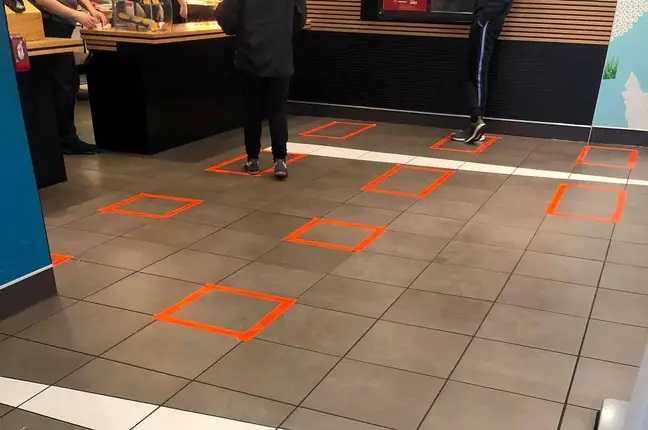 In a statement, McDonald’s said: “We want to use our UK and Ireland footprint to thank, reward and support the health and care workers doing an incredible job in difficult and unprecedented times.
“This offer is a token of our appreciation for the tireless work that these professionals are carrying out in the communities in which we operate.

“From today we are offering free drinks for those workers in our restaurants and drive-thrus, on sight of their work pass.” 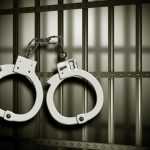 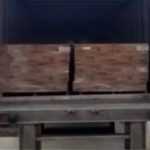