Public New Year celebrations and crowded events have been banned in Bangkok and many provinces.

The Centre for Covid-19 Situation Administration (CCSA) on Thursday announced a colour-coding system to identify which areas were most vulnerable to Covid-19 outbreaks.

Bangkok has been declared an “orange zone” — and has strict measures. However, it has escaped a total lockdown.

Red, orange, yellow and green are used for the different zones.

The red zone means maximum control and a high number of Covid-19 cases. The only province given this highest at-risk category is Samut Sakhon, the epicentre of the latest outbreak.

In this zone, crowd activities are banned and maximum Covid-19 prevention is imposed at workplaces, factories and workers’ dormitories.

At-risk premises must close or limit their operating hours.

Measures in the three other zones are more relaxed.

In response to the CCSA order, two major New Year countdown celebrations in the capital have changed their plans. CentralWorld and Iconsiam on Thursday cancelled their countdown concerts. However, both will still go ahead with their firework displays, focusing on a live broadcast as a countdown event on Dec 31.

at risk: in danger – ตกอยู่ในความเสี่ยง

colour-code: a system of marking things with different colours so that you can easily identify them –

countdown: the action of counting time backwards to zero, for example before a spacecraft is launched or before the New Year arrives – การนับถอยหลัง

epicentre (noun): the point on the earth’s surface where the effects of an earthquake are felt most strongly; the central point of something – ศูนย์กลาง

escape (noun): avoiding something bad; preventing something from happening; staying away from a place – การหลีกเลี่ยง

limited: stopped from increasing beyond a particular amount or level – ถูกจำกัด

surveillance: the process of carefully watching a person or place – การเฝ้าตรวจตราอย่างเข้มงวด

zone: an area that has an important or typical feature; an area where a particular activity is allowed or not allowed – พื้นที่, บริเวณ, เขต 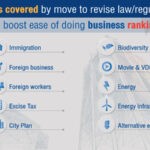 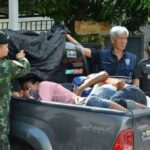