Home » Update on The Man Who Sleeps With Rats

UK media have dropped a Scotsman in the thick of things this week after they published a tale of a 42-year-old here in Thailand.

The media claimed that the is sleeping on the streets of Thailand after the Bank of Scotland canceled his credit card and sent him a new one, however, they sent it to his UK address leaving him penniless here.

This is a weird story, and a story that we ran with yesterday and also did many other media outlets. More information has to light. And this is that the man has two more weeks of his holiday left but is forced to work here to make ends meet until he can go home. without a work permit,  the papers have highlighted his woes in the wrong way for authorities and they’ve also overlooked the fact that he could simply fly home early or have someone FedEx his new card to him.

Just as an end note on this story, 3 years ago, when I was on holiday here for 3 weeks, I had a similar problem and also I could not remember my online password. But, after an hour on the phone to my UK bank, I was able to go with my passport to a bank in Thailand and draw out cash. 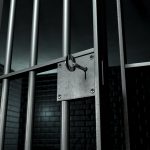 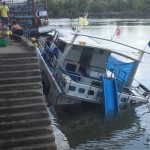