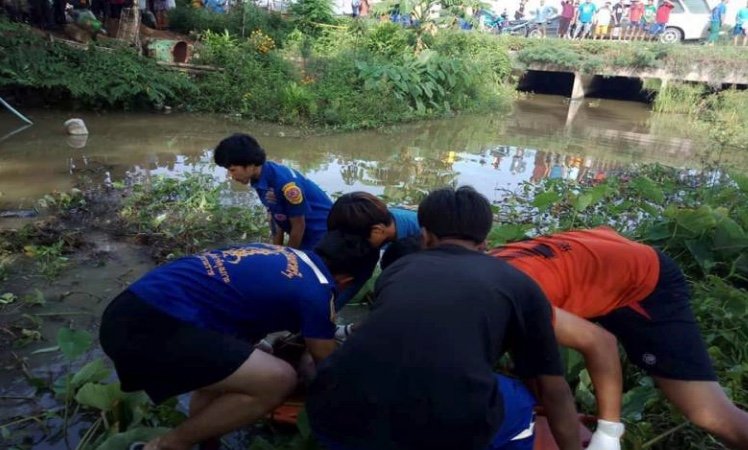 Police have launched a manhunt for the owner of a truck garage in Nakhon Ratchasima after two truck drivers were killed reportedly out of jealousy over an extramarital affair.

Narong is suspected of shooting and killing Niloh Ladeh, 54, and Witthaya Wiriyabuppha, 51, on the Asia 41 highway in Nakhon Si Thammarat’s Chulabhorn district on Wednesday.

The double murders occurred when the two, who were co-drivers of a trailer truck, parked their vehicle to rest in front of the roadside Big Dynamo shop.

Footage from the shop’s security camera showed Niloh being gunned down on the road. Witthaya ran away but he was gunned down, got up and continued running but was again shot when the gunman caught up with him. He struggled and died in the roadside bushes.

The gunman was seen speeding off in a pickup truck. A police check of the licence plate found it belonged to Narong.

Police later questioned Narong’s two sons and learned that that their father was angry after he suspected that either Niloh or Witthaya had an affair with his wife.

Narong later had a quarrel with his wife, who ran away from the house, further infuriating Narong who suspected she had run away with either one of the truck drivers, said the police.

Narong later learned that the two would be driving past Nakhon Si Thammarat to deliver goods so he allegedly attacked them, police said. 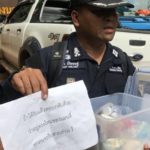 Survival boxes to be dropped in cave waterways