The Nakhon Phanom Court has asked the authorities to gather more evidence before it would hand down a ruling against a dog owner that allegedly allowed her animal to maul a kitten to death.

Pennapha admitted she took a video clip of her American bulldog mauling a kitten, which has been widely shared on Facebook, said Pol Lt-Colonel Sompong Raengrob, inspector of Kudakai police station.

But the defendant has denied that she ordered the dog to kill the kitten. She claimed the dog was too fierce for her to control.

Hearing her defence, the court ordered that more evidence be gathered before it would read the verdict on February 28, Sompong said.

Pennapha told the court that she filmed the event to prove to her husband that the dog was too fierce and beyond her control, but her husband posted it on Facebook.

Sompong said the court ordered the temporary release of Pennapha pending the ruling. 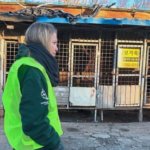 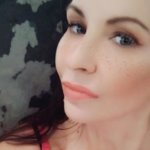