It’s pretty hard to pull yourself away from your mobile phone nowadays.

And with a world of information at your fingertips, not to mention all of your mates, it’s not difficult to understand why that is.

Many of us are so glued to our mobile devices that a whopping 75 percent of Brits say they are guilty of walking and using their phone at the same time, according to the new research.

And now it seems we’ve slipped so far into the technology-obsessed abyss that the UK’s first ‘slow lanes’ for people looking at their phones while walking have opened in Manchester.

It is now hoped the designated pathway for pedestrians will help stop people who walk with their eyes glued to their mobile phones from bumping into each other.

The pavement along Hardman Boulevard – a busy pedestrian thoroughfare surrounded by offices, shops, bars, and restaurants, used by tens of thousands of people every week – now has arrows and signs that mark out separate walking lanes on the pavement exclusively for slow-walking smartphone users.

So you can stroll down them safe in the knowledge you won’t bump into anyone – and those able to pull themselves away from their technology can be reassured they won’t bump into you.

Richard Baxendale, managing director of AO-Mobile, said: “We have to be realistic and responsible when it comes to the way society is changing.

“Our research found Brits being distracted by technology when walking is becoming an issue people want tackled.

“Our trial slow lane is an important first step that may well be adopted by other cities in the future.”

With the lanes being set up on a trial basis we could have a bit of a wait to see if the idea will stick – or indeed if it’s picked up elsewhere in the country.

In the meantime, we’ll just have to remember to look up at where we’re going every once in a while. 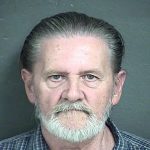 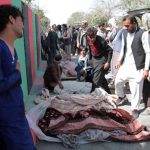