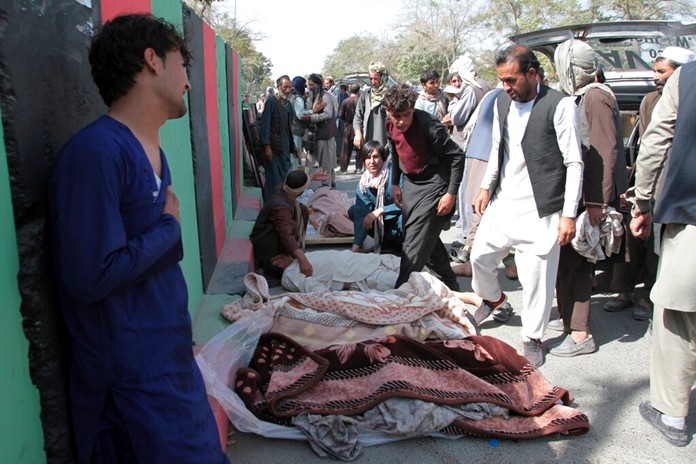 The villagers carried the bodies of the dead to the province’s capital of Ghazni, chanting, “Death to Ashraf Ghani, death to America.”

The day before, President Ashraf Ghani had called on Afghans to participate in presidential elections, despite widespread violence and political uncertainty following the collapse of U.S.-Taliban peace talks earlier this month to end America’s longest war.

Ahmad Khan Serat, a spokesman for Ghazni province’s police chief, said dozens of people marched from the Khoja Omari district to bring the five bodies to local authorities in the regional capital.

Shakaruddin Khan, who lost a son and a brother in the attack, described a drone attack the previous night. Five civilians were immediately killed, he said, with another dying in hospital from wounds soon after.

The U.S. military in Kabul confirmed Sunday that airstrikes in the nearby Khoja Omari and Khogyani districts killed 11 Taliban fighters, but did not confirm civilian casualties.

Saturday’s vote was marred by violence, Taliban threats and widespread allegations of mismanagement and abuse. It was the fourth time Afghans have gone to the polls to elect a president since 2001 when the U.S.-led coalition ousted a regressive Taliban regime. 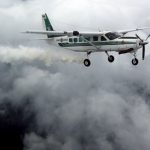 Poor weather may have caused crash of cloud seeding aircraft