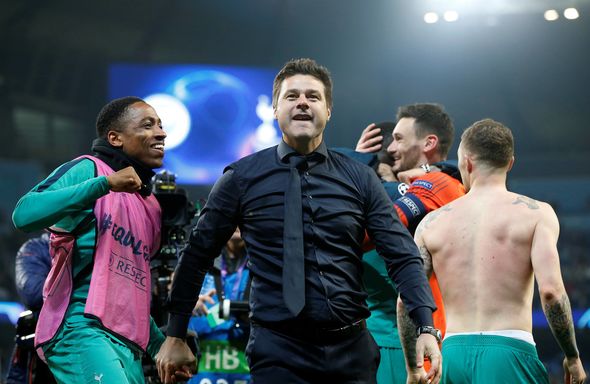 Tottenham Lose An Epic Etihad Battle But The Tie Ends 4-4 On Aggregate And Manchester City’s Quadruple Dream Is Over! Match Highlights. Player Ratings. Comments, And Stats.

Tottenham earned the right to play Ajax in the Champions League semi-final despite losing this epic battle 4- 3 which levelled the tie at 4-4.

Born in Pamplona, Spain 34 year old Fernando Llorente is an old fashioned kind of centre forward and probably part of a dying breed. Number nine’s these days seem to need to be able to dovetail between number nine and ten and have lightning pace with an explosive shot. Sergio Agüero is a prime example.

Llorente began his career with Basconia where he scored 12 goals in 33 games. From there he moved to Bilbao Athletic where he made 16 appearances scoring four goals. He followed that up with 262 games for Athletic Bilbao scoring 85 goals. From there he tried his luck in Italy where he scored 23 goals in 66 games with Juventus. After two seasons in Serie A, he returned to Spain’s LaLiga, with Sevilla, scoring 4 goals in 23 games.

In August 2016, with Swansea City in the Premier League, he signed a two-year contract with the South Wales based club and scored 15 goals in 33 appearances.

Just over a year later he joined Tottenham for a reported fee of £12.1 million mainly as cover for Harry Kane. Although, when Kane is out, Mauricio Pochettino seems to shuffle his pack and still leave Llorente on the bench.

Against Manchester City, Llorente came off the bench after 41 minutes replacing the injured Moussa Sissoko.

On 73 minutes, with the score 4-2 and City winning the tie 4-3 on aggregate, Tottenham had a corner on Manchester City’s right which Kieran Trippier curled into City’s six-yard box. Llorente, in the right place at the right time, deflected the ball into the net from what looked like it could have been his waist.

VAR came into play as there were suggestions that the ball might have struck Llorente’s hand or arm. Eventually, the goal stood but the evidence didn’t seem totally clear.

We the score 4-4 on aggregate Tottenham were going through on away goals as long as City didn’t score again. But they did. In added time Agüero found Raheem Sterling and he completed his hat-trick.

But VAR disallowed it!

This could well have been the most dramatic Champions League game since Istanbul and it didn’t take long to ignite.

4 Minutes: Kevin De Bruyne found Sterling on City’s left and he cut in and fired a low shot across Hugo Lloris right into the far corner. Aggregate Score: 1-1. The Game Is Evenly Poised.

7 Minutes: Dele Alli found Heung-Min Son on the edge of City’s box and, as the ball deflected off Aymeric LaPorte who should have cleared, Son shot towards goal. Ederson, committed to diving the wrong way, will have been disappointed to have let that one slip by him: Score On The Night 1-1. Aggregate Score 1-2. Tottenham Are In The Driving Seat.

10 Minutes: Poor play by again by LaPorte as he gave the ball away to Lucas Moure in midfield. Moure found Christian Eriksen who played the ball to Son on the left angle of City’s D of their 18 yard-box. Son curled a brilliant effort into Ederson’s top left-hand corner. Score On The Night 1-2. Aggregate Score 1-3. Tottenham Are In The Driving Seat.

11 Minutes: Agüero found Bernardo Silva in loads of space on Tottenham’s left inside their box. Silva’s shot took a massive deflection off Danny Rose which gave Lloris no chance. Score On The Night 2-2. Aggregate Score 2-3. Tottenham Are In The Driving Seat.

21 Minutes: De Bruyne found space on City’s right after a quick free kick interchange with Bernardo Silva. De Bruyne sent over a low cross, right in the corridor of uncertainty, and Sterling finished at the back post. Score On The Night 3-2. Aggregate Score 3-3. Tottenham, On Away Goals, Are In The Driving Seat.

59 Minutes: After a fine run by De Bruyne, right into the heart of Tottenham’s defence, he found Agüero in space on the right just outside Tottenham’s six-yard box. The power of Agüero’s shot beat Lloris at his near post. Score On The Night 4-2. Aggregate Score 4-3. Manchester City Are In The Driving Seat For The First Time.

City Were In The Driving Seat!

City’s aggregate lead lasted only14 minutes as Llorente stepped up in the 73rd minute to score the final, legal goal, of this pulsating encounter.

It might not have been his best goal and could well be the only one that’s he’s scored with that part of his body. But it has to be one of his most important. 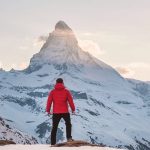 Places No Human Has Ever Set Foot on Earth