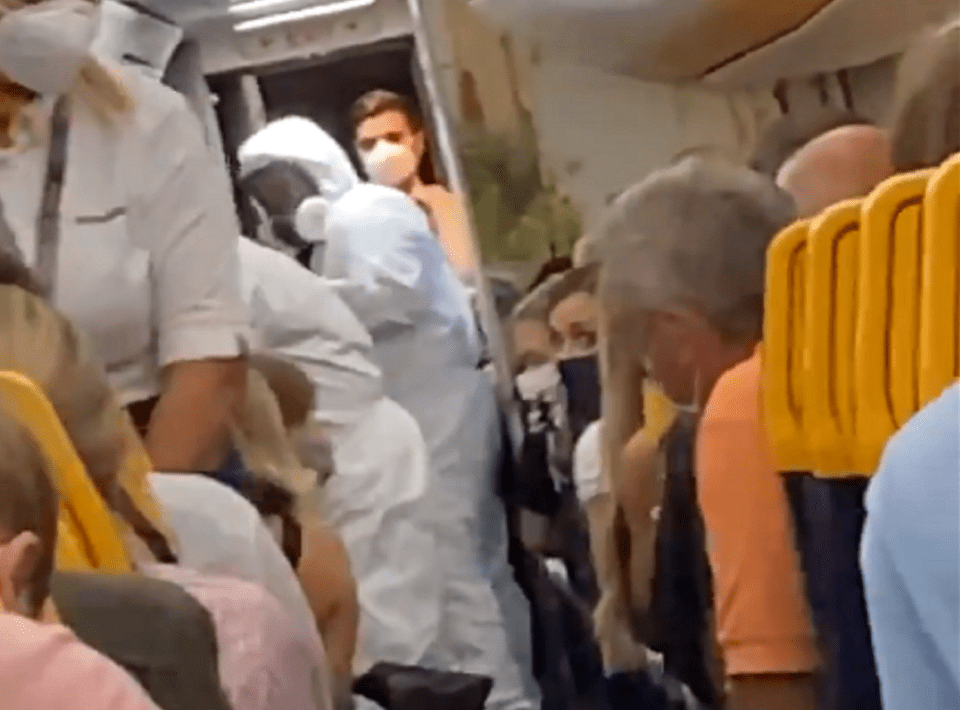 A man was removed from a Ryanair flight just before take-off after receiving a text message to say he had tested positive for the coronavirus.

Workers in hazmat suits got onto the plane, which was due to fly from Stansted Airport to Pisa, and took the man and his mate off.

Once removed, flight attendants disinfected their seats and the overhead cabins they had used before the flight eventually took off, two hours behind schedule.

Footage filmed by a fellow passenger shows two people dressed in full hazmat gear talking to someone who is sat down.

A Ryanair spokesperson said: “A passenger who boarded a flight from London Stansted to Pisa on August 26, received a text message notification before departure that he had tested positive for Covid-19

“The passenger and his travel companion were immediately offloaded and taken to a Stansted Airport isolation area where they were assisted by local public health authorities.

“Since this passenger and his companion had complied fully with Ryanair health regulations, they were both wearing masks at all times at Stansted Airport and for the very short period (less than 10 minutes) they were seated on the aircraft prior to departure.

“There was little if any risk of Covid-19 transmission to other passengers or crew members as all of whom were also wearing face masks at all times.

“The aircraft departed for Pisa following a delay of 1 hour and 20 mins to allow for the empty seats and overhead cabin bins to be disinfected to comply with all UK health authority guidance. Ryanair apologises to all passengers for this short delay.”

One passenger who was on the flight, told Sky News he saw a fire truck approaching the plane before two men hoped down and donned hazmats.

Fionn Murphy said: “At this point we started to feel a bit panicked, not knowing if the flight would be cancelled, or worse we’d been exposed to the virus.

“Once the men came on in hazmat suits it got frighteningly real. I wanted to get off the flight straight away.”

A spokesperson from Stansted Airport said: “The airport were made aware of the passenger by the airline and our fire service attended the aircraft and escorted the passenger (and travel partner) to an isolation area where they were put in contact with Public Health England, who then oversaw the passenger’s onward journey.” 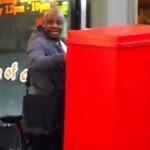 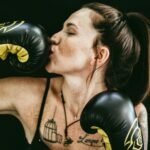 A personal take on the health benefits of martial arts