A man was killed when he drove through a rail barrier and was hit by a Bangkok-bound passenger train at a crossing in Ban Pong district on Saturday morning.

The incident occurred at the railway crossing near a bridge in tambon Nong Kob, said Pol Col Surachai Boon-in, a duty-officer at Ban Pong police station, who was reported at around 6.30am.

Eyewitnesses told police that they saw a Toyota car with Bangkok licence plates driving through the barrier, which was lowered at a half lane of the road, when the Suphan Buri-Bangkok passenger train rammed into the car.

The train dragged the car to the bridge across Bang Tan canal, more than 30m from the crash scene. The car driver was killed and his body was trapped inside the wreckage of his Toyota sedan under the train, said police.

Rescue workers rushing to the scene tried to retrieve the body of the driver from the wreckage, but failed.  A crane would be sent to lift the derailed locomotive from the track first before the car and the victim could be retrieved.

The driver was identified later as Chainat Laorattananurak, 50, of Nakhon Pathom’s Muang district.

Railway officials removed carriages from the track to clear the area for road traffic. Buses were arranged to transport passengers to their destination. 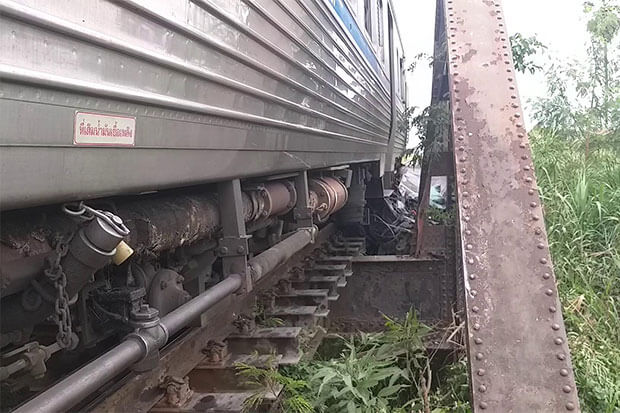 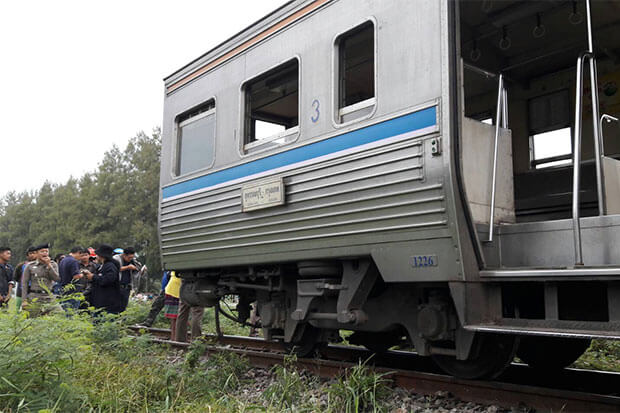 US Army Deserter charged with murdering wife flees to Thailand, possibly in Pattaya