Pathum Thani: Rescue crews rushed to the scene where five passengers, including two children, were found dead inside the mangled wreckage. A sixth passenger later died in hospital.

Police have now questioning the driver on suspicion of ”negligence causing death and injury” after paramedics said 54 passengers had been counted – nine more than the bus capacity of 45.

While one passenger, Bancha Chortaisong, 50, said the bus was ”going faster than normal”.

He said: ”We stopped for a break in Korat before continuing to Bangkok. Throughout this the route was faster than normal and the bus was braking a lot while it was raining.”

Investigating Officer Watcharaphong Tianbatam from the Klong Luang district police station said all the survivors would be interviewed.

He said: ”We need to check the number of passengers on the bus. The rescue foundation counted 54, of which six were dead, but there are only 45 seats.

”The driver has been detained and will be investigated on suspicion of negligence causing death and injury.” 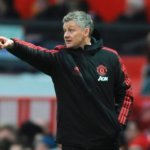