Home » Man falls to his death in Surat Thani 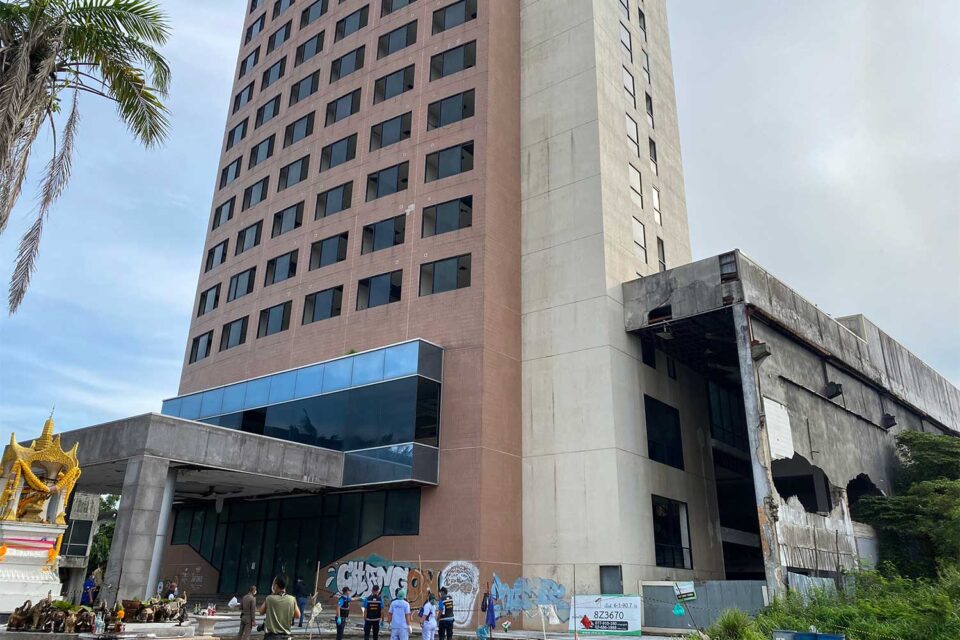 SURAT THANI: A 36-year-old Ukranian fell to his death from the rooftop of an empty hotel in Muang district on Thursday morning.

The man’s body was found lying face up on the ground in front of abandoned Southern Star Hotel on Chon Kasem Road in Muang district.

The hotel has been shuttered and deserted for over 10 years.

The dead man was wearing a dark green T-shirt, long trousers and black socks. His name was withheld pending notification of relatives.

Pol Col Sirichai Suksart, chief of Muang police station, said a red backpack containing clothes and other personal effects, two beer bottles, a white jacket, a motorcycle ignition key and a key to a room at Thai Rungruang Hotel was found on the roof deck of the 17-storey building.

The man checked in at Thai Rungruang Hotel on the night of July 27 with a Thai woman. They had travelled from Chumphon province. A motorcycle with a Prachuap Khiri Khan licence plate was parked in front of the hotel.

On July 29, the man notified hotel staff he would continue his stay at the hotel alone.

“An initial examination of his corpse and the scene of the incident shows no traces of a struggle.

“Police investigators believe the man walked to this deserted hotel from the hotel where he stayed. He went up to the rooftop and drank beer before he fell,” Pol Col Sirichai said.

Investigators would look into the circumstances around his death and check his entry details with immigration. 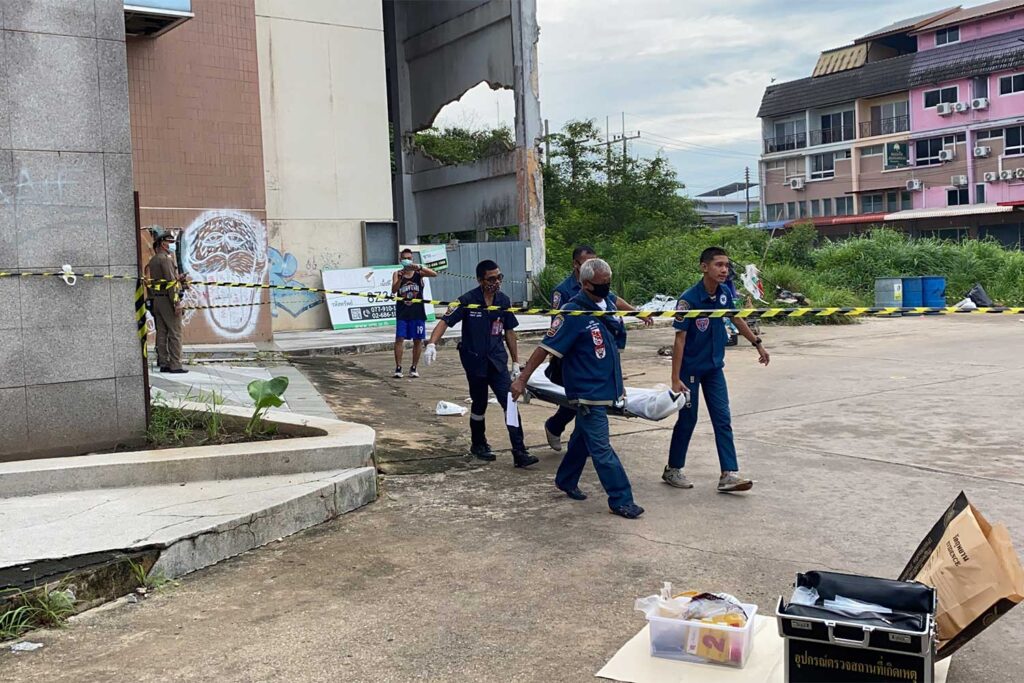 “The body will be sent to Surat Thani Hospital for post-mortem examination to find out the exact cause of the death, and whether it was a suicide or murder,’’ he said 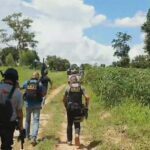 Dealer on the run after shooting undercover cop 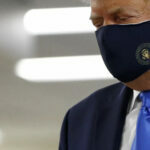