Home » Man Dies In Explosion After Attempting To Microwave A Microwave

Man Dies: 26-year old Bill Davis died yesterday after attempting to microwave a microwave. He was in a video call with his friends and, since they were bored, they dared him to microwave a smaller microwave and he did it.

“I didn’t really think he was gonna do it. He is (or was) one of our craziest friends, who would do anything just to make us laugh”, said Michael, who was in the video call.

“He had a big and a small microwave at home”, said Vanessa, one of Davis’ friends, “he put one into the other and plugged in the biggest one, and then it started”, she concluded.

“He turned it on for 4:20 minutes, we all laughed at that moment”, said Thiago. “But we stopped laughing when he heard the explosion and the video call stopped”.

After hearing the explosion, they called the police and found that Davis was dead and his chicken was burned.

“He did it to make us laugh. We will never forget about him.”, said Vanessa in tears.

Please don’t try this at home. 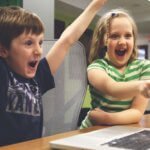