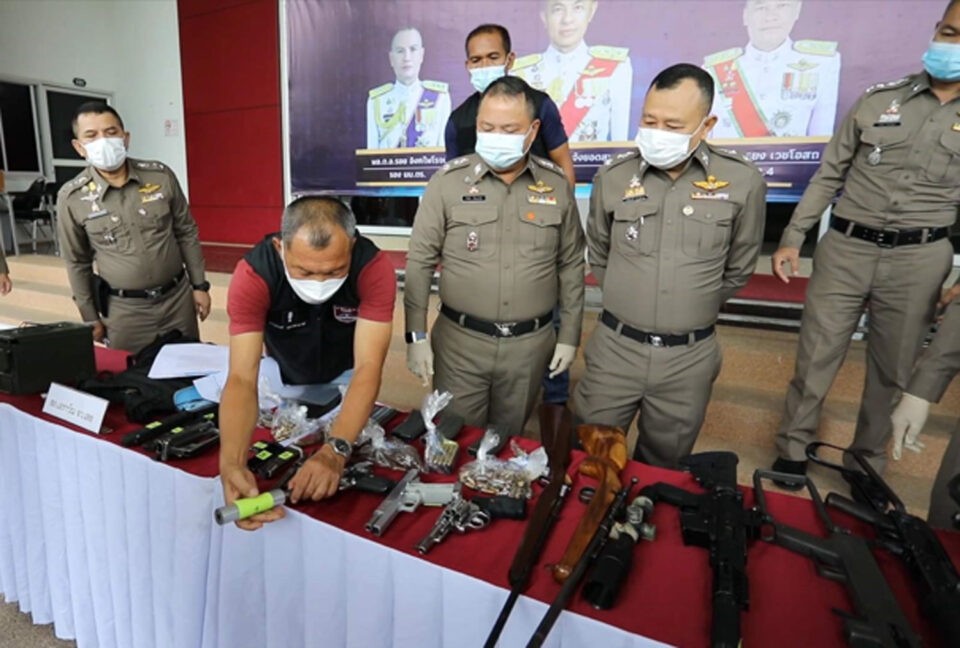 A man who was released from jail last year has been caught with more than 20 items of war weapons, many rounds of ammunition and some illicit drugs during a police raid in Loei province.

Ekkachai Tangsomboon, 37, resident of Loei’s Pha Khao district, was apprehended after police found many weapons and ammunition inside a house in tambon Pha Inpaeng in Erawan district of this northeastern province, Pol Lt Gen Yanyong Vet-osod, commissioner of Provincial Police Region 4, said during a media briefing on Thursday.

Among the items seized from the house were an M-16 rifle, two AK rifles, two sub-machine guns, two rifles, a .357 pistol, three guns, 326 rounds of ammunition of various types and other gun accessories.

Police also took 181 speed pills and 4.18 grammes of crystal methamphetamine from the house.

During questioning, the suspect told police that the seized weapons belonged to his friends who asked him to keep them at his shop in exchange for money and illicit drugs.

He admitted to taking drugs and selling them.

A criminal record showed the suspect was sentenced to four years and six months in jail on charges of selling illicit drugs and having firearms in his possession.

Since his release on Dec 5 last year, he has run the motorcycle repair shop, said Pol Lt Gen Yanyong.

Police would extend the investigation to find how he got hold of the weapons and why. The officers would look into whether the arms were linked to local politics, said the region 4 police chief.

Police display seized weapons and rounds of ammunition during a media briefing on Thursday. The weapons were seized from a 37-year-old man in Loei province. (Photo: Chakrapan Natanri) 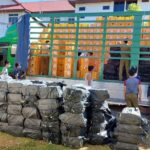