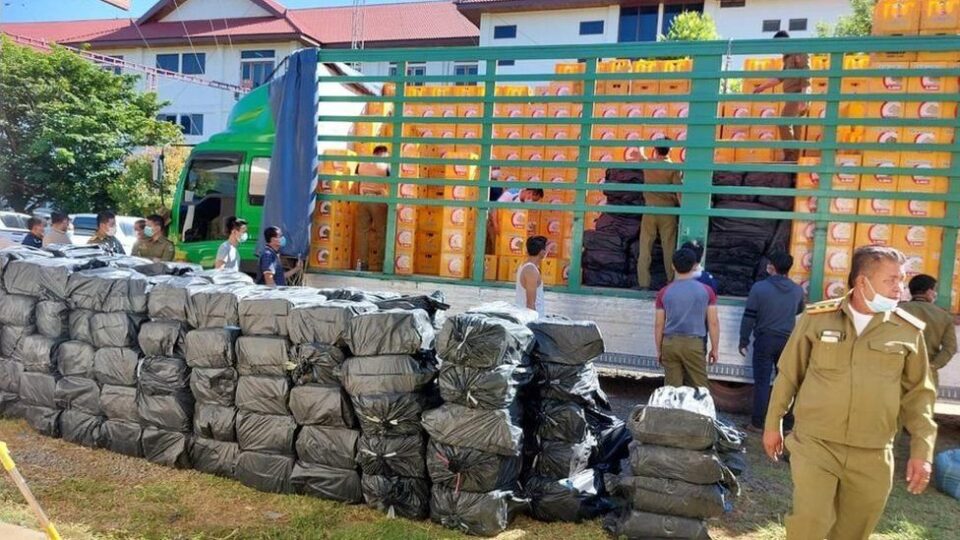 Police in Laos have made the biggest drug seizure ever recorded in South or East Asia, the United Nations has said.

The discovery came after police stopped a truck carrying beer crates in Bokeo, which borders Thailand and Myanmar.

The area – known as the Golden Triangle – has a long history of being a major drug-producing hotspot.

Jeremy Douglas, Southeast Asia regional representative for the United Nations Office on Drugs and Crime (UNODC), told the BBC it was “by far the largest seizure in the history of East and Southeast Asia”.

The record bust comes after police recently seized a combined 16 million amphetamine tablets in two separate operations in the same area over a one week period.

In the UK, amphetamine tablets are Class B and crystal methamphetamine is Class A.

There has been a significant increase in Golden Triangle drug supply in recent months due to unrest in Myanmar’s Shan state, which borders China, Laos and Thailand, Mr Douglas said.

“Neighbours and the wider region are getting absolutely flooded with methamphetamine, and there is little doubt it is connected to the governance situation in Shan,” he said.

Strict Covid and security measures on China’s Yunnan border with Myanmar “appear to be at least partly why trafficking has increased east into Laos and south into Thailand” to avoid losses, he added.

The huge haul was packed into Lao Brewery beer crates.

The Lao Brewery Company said in a statement that it had “no involvement in this case whatsoever”.

“We are deeply disappointed that our crates have been abused as a cover for illegal activities and will not hesitate to take immediate illegal action towards anyone misusing our company assets,” it said in a statement.

China’s border with Myanmar used to be known as the country’s Wild West – a place where drugs, money and people could cross relatively easily from one country into the other.

Gambling is illegal in most of China, but freewheeling casinos operated just over the border.

Anyone wanting to escape from China might look to get out of the country through Myanmar. For years, police and customs officials were all too willing to look away.

That relaxed attitude appears to have changed. China has tightened border controls over fears that heightened unrest in Myanmar’s neighbouring Shan state after February’s coup might spill onto its territory.

The pandemic also played a factor in the border crackdown, as Chinese officials eyed the rampant spread of Covid inside Myanmar.

Beijing’s new border restrictions have forced Burmese drug gangs to alter their trafficking routes and that’s had a knock-on effect for the region.

China has not released its own drug seizure statistics, but it seems that more illicit drugs are now flowing out of Myanmar and into the rest of the Golden Triangle and beyond. 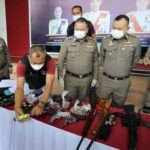 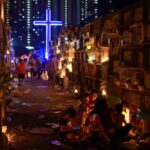 Thousands of people flocked to cemeteries in the Philippines