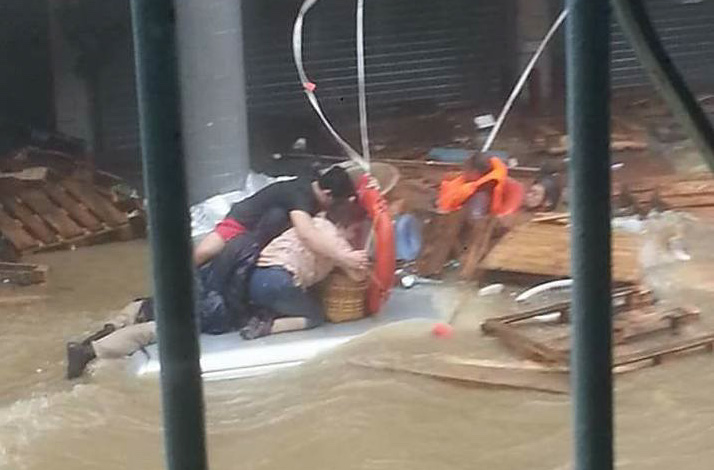 This is the dramatic moment a man afraid of swimming braves a typhoon flood to rescue a drowning elderly couple.

Loreto De Guia Mijares Jr., 30, spotted the pair after they were suddenly engulfed by raging water from Typhoon Hato in Macau, China, on August 23.

The couple in their 70s, Mr and Mrs Kwok, had been returning from buying food at a market when they were battered by debris as the storm wreaked havoc across the region.

But heroic Loreto clambered down from a nearby building and paddled over to the pair – using a bottle of water as a life float.

Moments later the full ferocity of the storm hit – sending wooden pallets clattering down the road and even blowing over his wife Nafe Mercader Mijares as she filmed the daring rescue.

But Loreto used a rope and rubber ring to drag the elderly husband and wife onto the roof of a car where they clung on for their lives.

The couple, Loreto and another man who joined in, were later rescued when the storm passed.

Loreto, who is originally from the Philippines but had been working in the area, has now received a number of bravery awards from officials in the region.

He said: ”We had just finished lunch and people were taking videos. I heard my wife shouting so I went to check and saw two elderly people drowning.

”I ran down stairs and started swimming towards them. Swimming is my biggest phobia as I had a traumatic experience when I was a child, but when this happened I had no doubts about what to do.

”I’m not a great swimmer and I’ve never rescued anybody before. I’ve never even been in a typhoon.

”But when I saw them I couldn’t stand by and watch. I had to jump in and help them. I needed to save them.

”I thought I was also about to drown. Luckily people threw a rope and ring to help and then I pulled them on to a car.

”It’s a good feeling knowing that they were saved and they’re alive and well.”

The couple were taken to hospital and suffered minot cuts and bruises from the typhoon, which was the strongest to hit Macau in five decades.

Proud wife Nafe added: ”I was so scared when my husband went into the water. But he did such a brave thing.

”We are so proud of him and his amazing deed.” 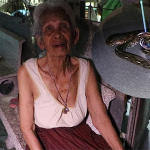 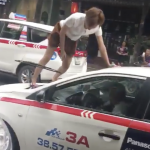