PETALING JAYA: A 41-year-old father of six has taken a girl 30 years younger than him as his third wife.

He went to Golok, a border town in Narathiwat, southern Thailand, two weeks ago during Hari Raya to have the marriage solemnised with the 11-year-old Thai girl.

The man, who already has two wives, is said to be a self-proclaimed imam at his village in Gua Musang, Kelantan.

His children are aged between five and 18.

The young bride, who has never been to school, is a friend of one of the man’s children.

The underage girl is said to have given her “consent” to the marriage after the man voiced his intention to her parents about marrying her.

It is learnt that her parents, who live in Gua Musang, are rubber tappers. Her father apparently is an employee of the man.

The parents agreed to the marriage but imposed a “condition” that their daughter would only be allowed to live with the “husband” when she turns 16.

The case became a hot topic when the 34-year-old second wife of the man posted photographs of him and the girl and their alleged solemnisation ceremony.

She captioned the picture: “Selamat pengantin baru suamiku. Suami 41, maduku 11 (Congraญtulaญtions on your wedding, my husband, 41, his other wife, 11).”

It is learnt that she resorted to social media after her husband blocked all communication with both his wives.

She deleted the post after it went viral and said in another post that she had referred the matter to the courts, the ustaz and the Welfare Department.

She also said that a wedding was not a joke.

The man had earlier denied everything when his second wife showed him the photographs, saying that the images were doctored.

He only admitted after she pressed him further.

When contacted, the second wife said she had heard talk that her husband would marry again but he had assured both wives that he would never marry a child.

“I never expected this to actually happen. If he marries a woman and not a child, I can accept it. I even tried to match-make him with another woman but he declined.

“What angers me is he married my child’s friend,” she said, adding that she wanted a divorce as she could not stand her husband anymore.

She claimed that her husband had told them that if they could not accept the third wife, the best solution was to split up.

“There is no use for this marriage to go on. I will go to the religious office tomorrow (today).

“We’ve tried calling and texting him to settle our relationship but he’s not answering,” she claimed.

She also said her 10-year-old son sent a message to his father, asking why he married the 11-year-old.

The man supposedly began “dating” the girl in March.

The second wife also said she was tired of shouldering the responsibilities of having to earn money and raising their four children.

His first wife, 41, is said to have received the photographs of the marriage solemnisation several days ago and forwarded them to the second wife.

“I don’t blame the girl, I blame our husband,” the second wife said.

She also posted a screenshot of a WhatsApp conversation of the first wife’s child and the 11-year-old girl who had apparently confronted her about the marriage.

The girl said: “Your father is crazy about me. I’m not ‘hungry’.” 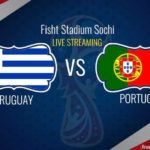