Home » Madrid is banning high-polluting vehicles from the city centre

High-Polluting Vehicles: If you happen to be walking through the Spanish capital this weekend, you might think its roads are a little less busy than other cities – and you’d be right.

Madrid has just created a low-emissions zone in the city centre – measuring 4.7km², in a move they hope will cut nitrogen dioxide levels by 23% in 2020. Zero-emission vehicles will still be allowed to drive freely in downtown Madrid, but older cars that cause air pollution will be excluded.

There are also some notable exemptions, including residents and taxis, but the move signals a new era and demonstrates the government’s commitment to tackling air pollution and congestion.

While most people are in favour of cutting pollution, the partial ban will also mean certain drivers – particularly of commercial vehicles – face the cost of replacing vehicles.

‘Lung for the city’

Known as Madrid Central, the zone is part of Spain’s strategy to combat climate change, which includes cutting greenhouse gas emissions by 90% (compared to 1990 levels) and switching entirely to renewables by 2050.

Madrid City Council says the plan means the Centro district will become “a lung for the city in the heart of Madrid”.

“The benefit of Madrid Central is not only cleaner air, but also less noise and the freeing-up of public space – giving people who live in and visit the district a more welcoming and healthy environment.” 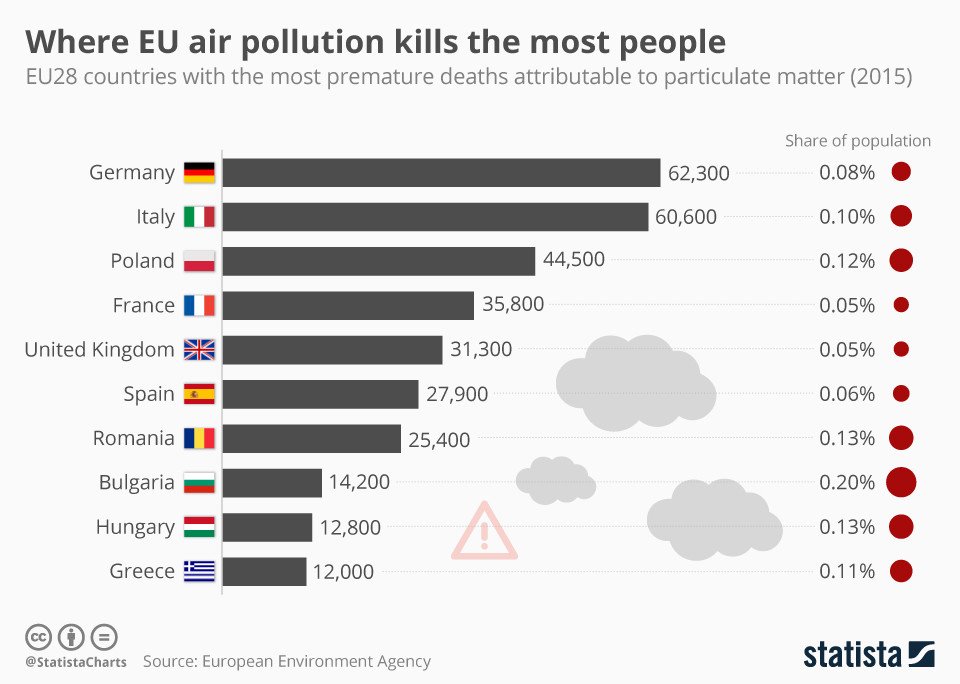 As the council says, it’s designed to favour pedestrians, bicycles and public transport – and is as much about public health as pollution and climate change.

According to the European Environment Agency’s 2018 Air quality in Europe report, there were 8,900 premature deaths in Spain due to nitrogen dioxide (NO2) in 2015.

Nitrogen dioxide, formed by the burning of fuels in cars, trucks and buses, reacts with other chemicals in the air to form particulate matter and Ozone pollution.

Breathing air with a high concentration of NO2 can irritate airways in the human respiratory system, according to the United States Environmental Protection Agency, with children and the elderly most at risk.

Short-term exposure can make respiratory diseases like asthma worse and cause symptoms like coughing, wheezing or difficulty breathing, while longer term exposure can actually cause asthma.

Madrid’s councillor for the environment and mobility Inés Sabanés told the Guardian: “Air quality has been breaching acceptable levels for 10 years. There’s research that shows clear links between pollution peaks and hospital admissions. It has a very clear effect on health – on the number of deaths and premature births.”

The Spanish capital is not the only major city tackling pollution. Hamburg became the first city in Germany to ban older diesel cars from two main roads in May.

And Mexico City, Paris and Athens joined Madrid in pledging to take diesel cars off their roads by 2025.

As world leaders prepare to gather in Poland next month to set the Paris Agreement in motion at the UN’s COP24 climate summit, Madrid is setting a strong example for others to follow.