The government on Thursday reported 194 new Covid-19 cases, 181 local infections and 13 among quarantined arrivals, raising the total to 6,884.

“I do not want people to be complacent about the new cases dropping from the peak of 250 yesterday to 194 today, because there is still a substantial number of new cases pending verification. More new cases will be added on and on,” he said.

This month Covid-19 had spread to 51 provinces, with Nong Khai, Maha Sarakham and Kanchanaburi  the most recently confirmed.

The provinces that had each logged 51 or more new cases were greater Bangkok and the eastern provinces of Chon Buri and Rayong, Dr Taweesilp said.

Of the 194 newly confirmed cases, 11 were linked to the Central Shrimp Market outbreak in Samut Sakhon province, one (in Bangkok) to the cluster in Rayong province, 32 had visited crowded places or entertainment venues or had risky jobs, and 128 others were under investigation.

The 32 new cases linked with crowded places and risky jobs consisted of 18 in Bangkok, five each in Nonthaburi and Tak, and one each in Pathum Thani, Ratchaburi, Kanchanaburi and Samut Prakan.

The big group of 128 new cases under investigation consisted of 77 in Rayong, 20 in Samut Sakhon, 16 in Chon Buri, six in Samut Prakan, five in Chanthaburi, three in Trat and one in Chachoengsao.

Nine Myanmar migrants were among the new cases – eight in Samut Sakhon and one in Nonthaburi. 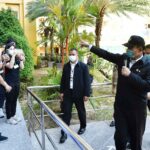 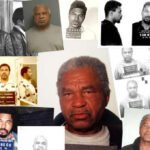