Passersby helped themselves to more than a thousand cans of Leo beer after they came loose from a truck that collided with a barrier in the rain.
They were pictured with bags and sacks helping themselves to the beer as quickly as they could. The beer was spread all over the road.
Some of it was damaged but plenty was drinkable.
The accident happened near the village of Ban Mae Phraw in Ngaw district.
Driver Mongkhon Thapthawee, 37, said that it was drizzling and he lost control hitting the barrier. Several pallets of his load of “a famous beer brand” came loose. He was taking the beer to Phayao.
Pictures clearly showed that it was Leo brand.
It took 3 hours before insurance assessors arrived at the scene. CMT – EP 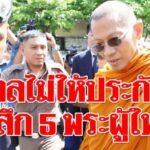 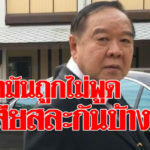