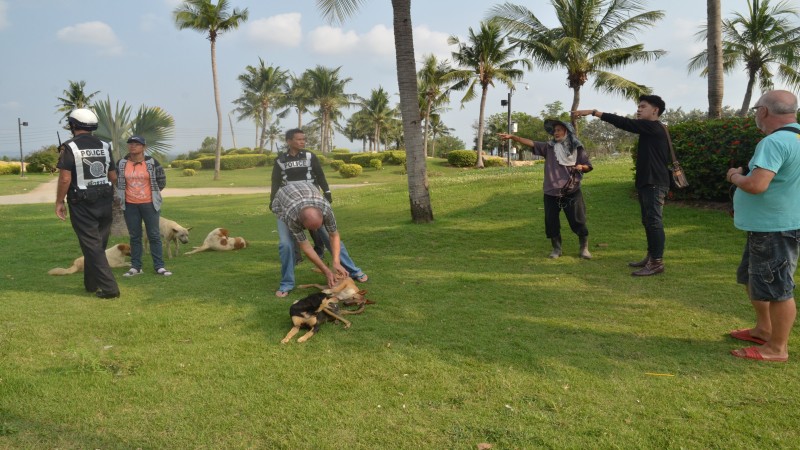 Pattaya dog lovers went to the police after they found out that Cambodian construction workers were catching strays for their dinner.

Up to 30 had gone missing in recent weeks from a patch of waste ground behind a sports complex in Huay Yai sub-district where there is construction work taking place.

But after police came no one was arrested – the Cambodians were just warned about eating dogs.

Mrs Orn-anong Capser, 38, said she visited the area daily with others to feed the strays and give them medical attention if needed. She had noticed that the dog population was going down by about one a day.

Then yesterday she saw a dog run out of the construction area where the Cambodians lived – it had a sling around its neck.

Another dog lover Wipharat Mingkhwan, 64, said she had seen the Cambodians chasing the dogs every day. Two men had even approached her about some dogs that she looked after wanting to buy them for food.

She told them “No Way!” and then in no uncertain terms that that was illegal in Thailand. The Cambodians then left with their tails between their legs.

Orn-Anong could stand the situation no longer, however, and she hot footed it to Nong Prue police who were quickly on the scene.

But if the animal lovers wanted an arrest of the foreign workers they were to be disappointed.

The police could not enter the construction site because it is run by the military. So it was decided just to talk to the Cambodians. 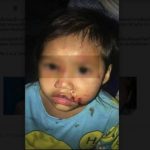 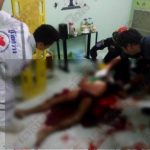