Three men who blew up a shop in a £300,000 insurance scam have been found guilty of murdering five people.

A mother and her two sons were among those killed in the “bomb-like” blast which destroyed the supermarket in Hinckley Road, Leicester, in February.

Aram Kurd, Hawkar Hassan and Arkan Ali caused the explosion when they set alight “many, many litres of petrol” in the basement of the Polish store.

They had denied five counts of murder and conspiracy to commit fraud.

Mary Ragoobar, 46, and sons Shane Ragoobeer, 18, and Sean, 17, lived above the shop and were at home at the time of the “devastating” explosion on 25 February.

During the trial, jurors heard how Scotty Ragoobeer, who was 15 at the time, survived because he was dug out of the rubble by police and members of the public just before the blast site was engulfed by flames.

Prosecutor David Herbert QC told jurors the defendants deliberately caused the explosion, intending “to profit from loss of stock, contents and future loss of business from the shop.”

A five-week trial heard the defendants left Ms Ijevleva to die because she was aware of an insurance policy taken out less than three weeks earlier.

Mr Herbert said the trio “thought she knew too much and decided to leave her to die in the explosion that they created”. 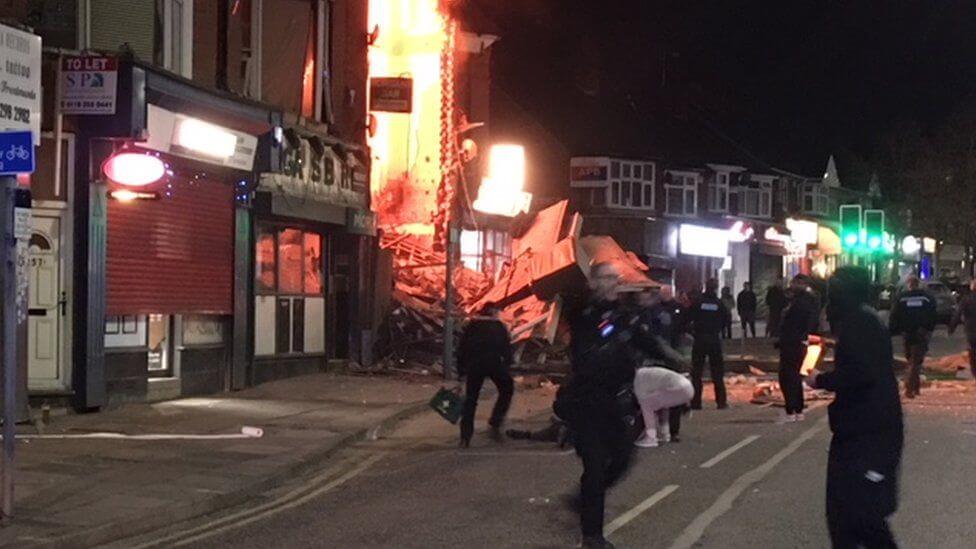 Jurors, who took just over 11 hours to find the trio guilty on all counts, were shown CCTV footage of people escaping from a nearby takeaway moments after the explosion.

In the video, released by police after the trial, rubble can be seen flying into the road as cars pass by.

Further footage recovered from a neighbouring business’s camera showed Ali in shot three days before the blast – moments before the camera angle was changed.

Images taken from the same CCTV unit a day before the fire showed a gloved hand moving the camera again – at a time when all three defendants were nearby.

Kurd was also recorded on a security camera as he escaped from the scene at the rear of the shop.

In a statement read outside the court after the verdicts, Jose Ragoobeer said he and his family’s lives would “never be the same”.

He described his wife of 22 years as “our rock”, adding: “Not a day goes by when we don’t think about Mary, Shane and Sean.”

Molly Reek said of her sister Leah: “She was an amazing, inspirational young lady who was just starting out in her life adventure. Leah made a lasting impression on everyone who was lucky enough to know her.”

They were also convicted of conspiring with Ms Ijevleva to dishonestly pursue an insurance claim in respect of the fire.