Home » Govt pressed for new law on marijuana and kratom 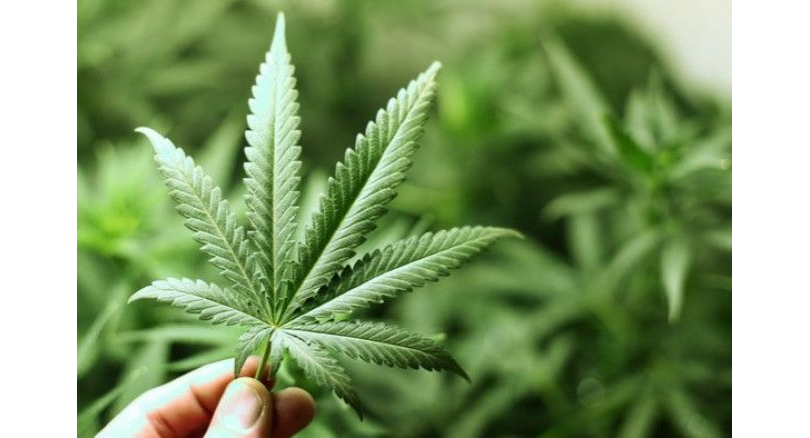 Experts, academics say current legislation coming in the way of medical use.

ACADEMICS and medical practitioners are pushing for swift legislative reform to legalise the medical use of marijuana and kratom, saying current laws are infringing on people’s rights.

Dr Niyada Kiatying-Angsulee, manager of the Drug System Monitoring and Development Centre, lamented that the National Legislative Assembly (NLA) was taking so much time amending the Narcotics Act as it applies to marijuana and kratom.

Her centre and 13 other organisations last Friday asked the ruling junta, the National Council for Peace and Order, to issue an order hastening the amendment that would allow for the medical use of marijuana and kratom and research into developing medicines from them.

noted that Thais have been using cannabis and kratom as herbal medicines for hundreds of years. There were at least 93 traditional recipes with cannabis as the main medicinal ingredient, she said.

“Modern medical science admits that cannabis and kratom can relieve chronic pain as |effectively as opioid painkillers and with less harmful side effects,” she said.

“There are at least three cannabinoid medicines that have already been approved by the United States Food and Drug Administration – for curing nausea and vomiting associated with chemotherapy, stimulating appetite in Aids patients, and curing neuropathic pain.”

Paisal Limstit of Thammasat University’s Faculty of Law concurred that extensive scientific research had established the medicinal benefits of marijuana and kratom.

Many countries had already decriminalised the clinical use of both plants, he said. Thailand was lagging behind.

“In the Narcotics Act, marijuana and kratom are listed as Category V drugs, so any form of consumption of these herbs is |illegal,” Paisal said.

“It also renders any medical research impossible, regardless of the fact that so many countries have liberalised marijuana and kratom use.”

He pointed out that the law’s sole purpose was to suppress drug use, without taking potential health benefits into consideration. It fails to recognise that all things have upsides and downsides.

Moreover, Paisal said, the penalties prescribed by the law are too harsh for simple possession and consumption of marijuana and kratom. 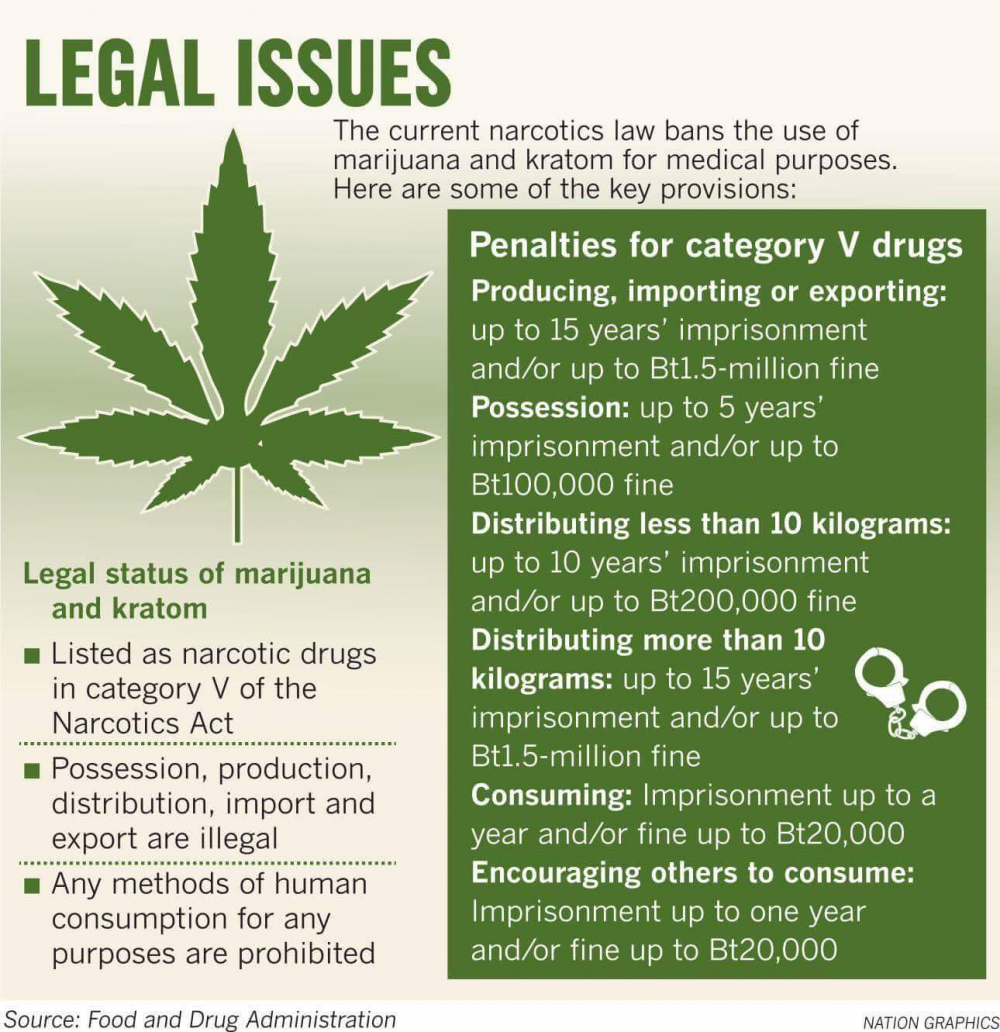 “The Narcotics Act was drafted and first enforced in 1985, so we can see it’s not only out of date but also restricts people’s rights too much, especially considering the enormous benefits in healthcare that could come from medical cannabis and kratom,” Paisal said.

“We need the law reformed, and the most preferable option is to remove marijuana and kratom from Category V and create a new law to regulate their use, which would set out the specific control measures for clinical use.”

Paisal acknowledged there was a slim chance of legalising the herbs in the near future, so hopes were riding on revamping the Narcotics Act, which is currently under consideration by the NLA.

Assistant Professor Samlee Chaidee, also at Chulalongkorn’s Faculty of Pharmaceutical Sciences, said the authorities had to change their mindset about marijuana and kratom, especially given that they are indeed less harmful to health than alcohol and are even less addictive than coffee.

“There are many ailing Thais who still have no access to effective pain-killing medicine, and yet our country has the best-quality cannabis and kratom,” she said. “We should take the opportunity to further enhance our cannabis and kratom species, and develop medicines from these herbs and patent them before foreign pharmaceutical companies do.”

NLA whip Somchai Sawangkarn said the amended Narcotics Bill was in the |public-hearing stage and would be ready for first reading within 30 days.

Somchai said NLA president Pornpetch Wichitchonchai and many members of the assembly supported the bill, so he foresaw easy passage.

No more passports at Incheon Airport?