Ladyboy Rescued: A ladyboy was rescued by local fishermen after jumping from a bridge on the Chao Phraya River in Pathum Thani’s Muang district late on Tuesday night.

Muang Pathum Thani police were alerted of the suicide attempt at 11.30pm and arrived at the scene to find Fa (not her real name), 45, from Pathum Thani’s Lam Lukka district being helped out of the water and on to the riverbank under the Pathum Thani 1 Bridge.

Police said the ladyboy parked her car under the bridge before walking to the middle and jumping down. The fishermen heard noises, checked and found Fa clinging to a large bunch of floating hyacinths.

Fa told police she had an issue she could not solve so had decided to commit suicide. But she said her body would not sink so she grabbed the hyacinths.

After talking to her, police escorted her home. 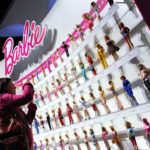 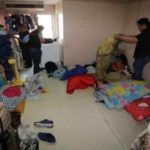