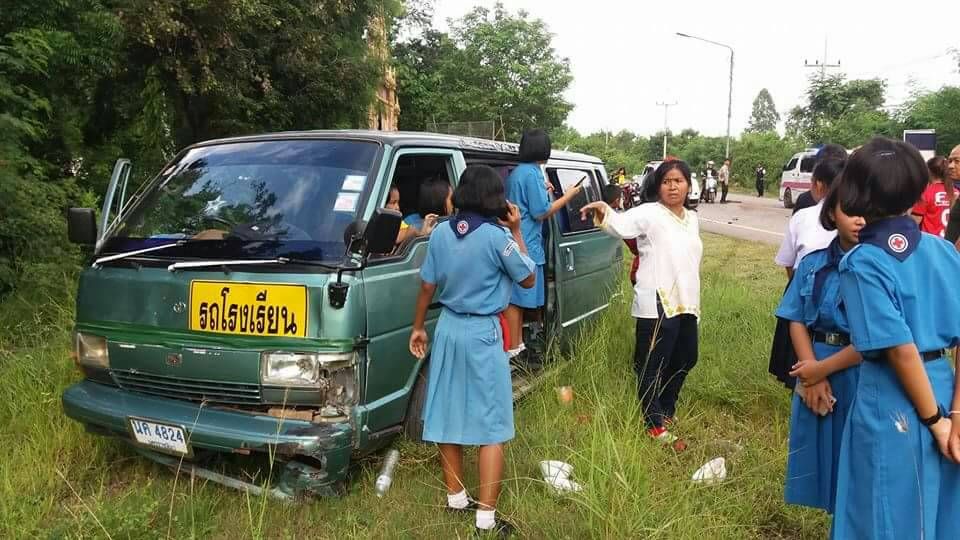 Police said the accident happened at 4.48pm on the Muang Kong-Ban Luam road in front of Sahamitr Wanaram Temple in Tambon Muang Kong.

The van driver, Thawee Chotenok, 64, told police that a motorbike with a sidecar made a sudden change of lane in front of him, causing him to swerve violently, hitting the sidecar then tipping into the roadside ditch. 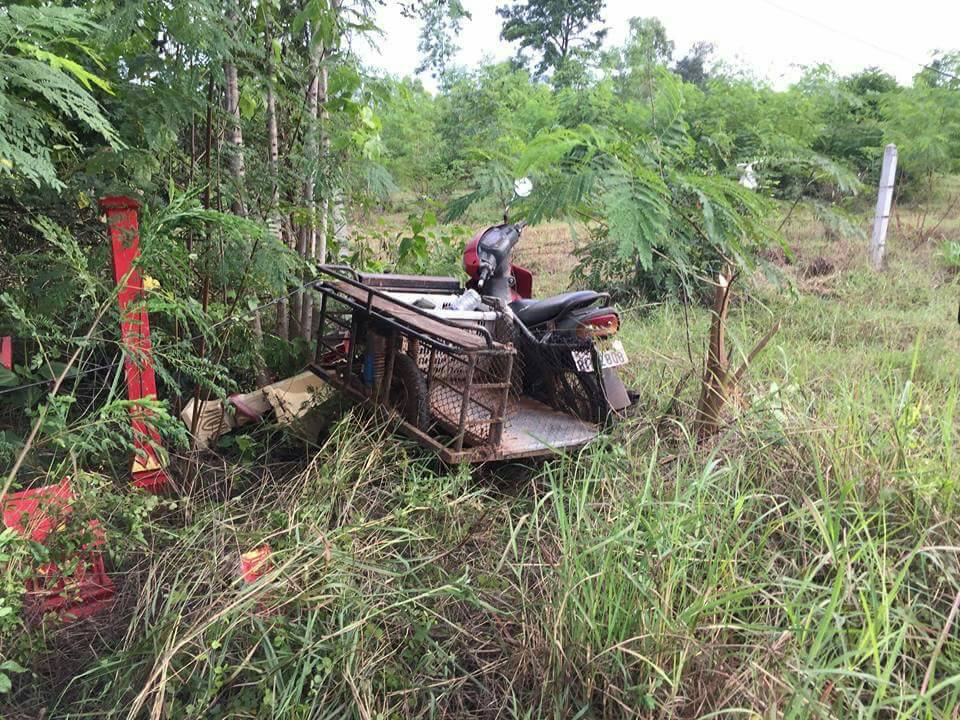 Police said it was fortunate that the ditch, which was filled with water following heavy rains, had slowed the van and prevented it from hitting a tree nearby.

The students suffered more fear than harm, with most of them bursting into tears. Their injuries were so minor that hospital treatment was not considered necessary and their parents were called to pick them up at the scene.

The unidentified sidecar driver was severely injured and rushed to the district hospital. 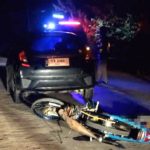 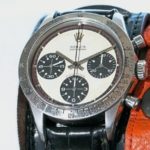