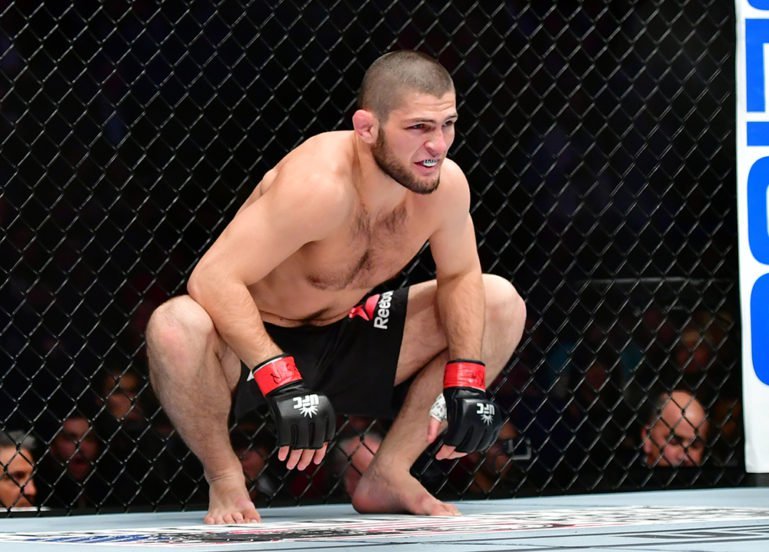 Nurmagomedov now boasts an incredible 27-0 record while having inflicting the fourth loss of McGregor’s 25-fight career.

In what was billed as the biggest fight in the 25-year history of the UFC, Khabib caught Conor with a strong fist early in the second round sending the Irishman to the canvas forcing him to dig deep to survive a round the Russian dominated.

Alas, despite regaining a foothold in the bout McGregor could not finish the man he’d previously referred to as a ‘glass jawed rat’.

Khabib sunk in a rear naked choke and Conor would tap in the fourth round.

It was McGregor’s first fight back in the Octagon since a two-year hiatus from MMA, during which time he boxed Floyd Mayweather, losing by TKO in round 10 of their August 2017 bout.

Mystic Mac returned to the UFC in a bid to once again win the lightweight strap. He first took the belt from Eddie Alvarez on November 12, 2016, but was stripped of the title during his absence from competition. Nurmagomedov would eventually become the champion after defeating Al Iaquinta for the vacant belt on April 7, 2018.

The Notorious and his Russian opponent had been engaged in a feud unlike any other previously seen in the UFC, which saw the Irishman launch a metal dolly through the window of a bus carrying numerous fighters, injuring several, but not Khabib.

The bad blood escalated dramatically after McGregor and his entourage accessed the parking garage at the Barclays Center, Brooklyn, following a media event ahead of UFC 223 in April.

McGregor was retaliating to his Straight Blast Gym teammate, Artem Lobov, being confronted by Khabib and numerous others at a New York Hotel.

The UFC’s first ever two-division champion faced court proceedings, but a plea deal saw him admit disorderly conduct and in return the Brooklyn District Attorney’s office did not push for jail time and his criminal record was unaffected, allowing for ‘the king’ to return to the Octagon.

Khabib Jumps Out Of Cage To Fight Conor McGregor’s Team