The 64-year-old convicted murderer, who is incarcerated at HMP Prison Low Newton is said to be fond of baking; often using her culinary skills to win over her fellow prisoners.

West, who was convicted of ten murders back in 1995, is reportedly allowed to use kitchen knives while supervised by staff members.

The notorious killer has now been awarded first place in a prison baking competition. The contest reportedly took place several weeks ago, with Low Newton Prison’s F-Wing inmates voting her cake to be the best.

A source told the Daily Star how West has previously used her baking abilities to ‘diffuse situations’:

West uses her cooking skills to win people over.

There are some very violent women on the wing and a lot of them are very aggressive towards West because of her crimes.

But she tends to defuse situations by offering other prisoners cakes and biscuits.

According to the Daily Star, West is said to suffer from weight issues and has been warned she needs to change her diet.

Another source told the Daily Star about the safety issues faced within the prison where West is held:

We have high profile prisoners in Low Newton like Rose West who need attention.

She has been attacked in the past and irrespective of her crimes we have a duty of care to protect her.

But we are short of staff, morale is low and there is no confidence in prison managers.

Attacks against staff happen every week and we feel as though we are not properly protected.

Along with her husband Fred West, West is responsible for the horrific murders of ten women and girls; including their teenage daughter Heather and eight-year-old step-daughter Charmaine.

The couple would reportedly make sick jokes to their remaining children – who believed Heather had gone to live in Wales – about how they would ‘end up under the patio like Heather’ if they didn’t behave.

The Wests’ daughter Mae West has recently written about her experience growing up at 25 Cromwell Street, Gloucester; the family residence which would later become known as ‘the house of horrors’.

For my siblings and me, 25 Cromwell Street, Gloucester, was our home — one that now has terrible memories and associations, but nevertheless was the focal point of our lives.

Although nothing in our household was ever what other people might regard as ‘normal’, we did ordinary things. We ate meals and watched TV together, celebrated birthdays, and went on holidays.

Mum used to bake superb cakes. We’d always have a fantastic iced sponge for our birthdays and a lovely fruit cake laced with booze at Christmas. In fact, Christmas was the one day we really did feel like any other family.

West is the second woman in British history to have been told she will die in jail. Her husband Fred West died by suicide while awaiting trial. 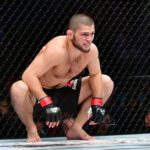