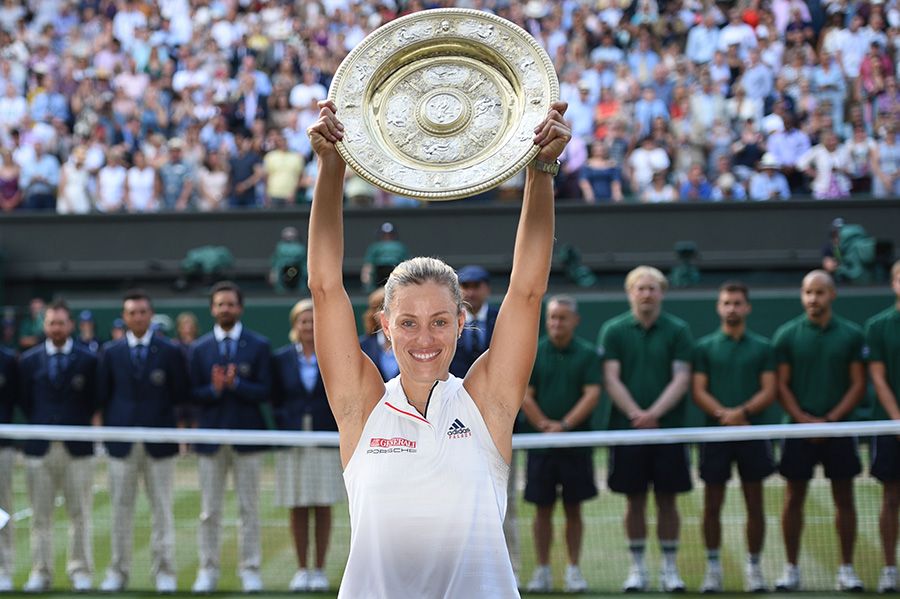 Kerber avenged her defeat against Williams in the 2016 Wimbledon title match, overwhelming the seven-time champion with a stunning 65-minute upset on Centre Court.

“I knew I had to play my best tennis against a champion like Serena,” Kerber said.

“It was my second chance to play in the final. I think I’m the next one after Steffi who won. That’s amazing.”

Williams had hoped to equal Margaret Court’s record of 24 Grand Slam singles titles by winning her first major prize since becoming a mother in September.

The 36-year-old, who last won a Grand Slam at the 2017 Australian Open, went into the final as the title favourite, even though she was playing only the fourth tournament of her post-pregnancy comeback.

But instead world number 10 Kerber sprang a huge surprise, making her Germany’s first female champion at the All England Club since Steffi Graf in 1996.

“It’s obviously disappointing but I am just getting started,” said an emotional Williams after losing in the Wimbledon final for the first time since 2008.

“For all you mums out there I was playing for you. I really tried.”

Graf helped Kerber get her game on track earlier in the her career, so it was an especially sweet moment for the 30-year-old to follow in her footsteps at Wimbledon.

Kerber had endured a significant slump last year after wining her previous major titles at the Australian and US Opens in 2016.

But, back to her best on the grass at Wimbledon, she needed only 11 winners and one ace to deny an oddly nervous Serena, who contributed to her own downfall with a whopping 24 unforced errors, compared to only five from Kerber.

In the first Wimbledon final for 41 years to feature two women 30 or older, Serena was cheered on by her friend the Duchess of Sussex, golf legend Tiger Woods and Formula One ace Lewis Hamilton.

Left needing several life-saving operations to deal with the threat of blood clots after Olympia’s birth, Williams was unable to walk for six weeks and even now is still haunted by harrowing flashbacks to that period.

Winning Wimbledon with Olympia at the tournament with her was supposed to be the crowning glory of her return to the top.

But, foreshadowing the pain to come, Serena’s 30th Grand Slam final got off to a rocky start as she dropped her serve with four unforced errors in the opening game.

Play had started two hours late due to the conclusion of Novak Djokovic’s win over Rafael Nadal in the men’s semi-finals, and it was Serena who looked more affected by the delay

She briefly hit back, breaking to love in the fourth game, but then produced another error-strewn effort, including two double faults, to gift a 4-3 lead to Kerber.

Although Williams was on a 20-match winning run at Wimbledon and had lost only one set en route to the final, she was completely out of sorts, spraying wild ground-strokes wide time and again.

The 11th seed knew what it took to beat Serena in a Grand Slam showpiece after winning their 2016 Australian Open final.

She kept nagging away at Serena and induced more miscues from the American in the sixth game of the second set.

On break point, the left-hander landed the knockout blow with a fierce forehand winner down the line that left Williams grasping in vain to reach it.

When Williams made another mistake to lose the next game, she gestured to her coaching team with a look of depair.

Her agony only increased with a woeful volley that flew long to put Kerber within two points of the title. 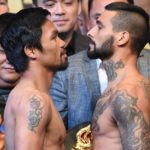 Pacquiao ‘ready’ to regain title after weigh-in with Matthysse 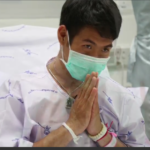