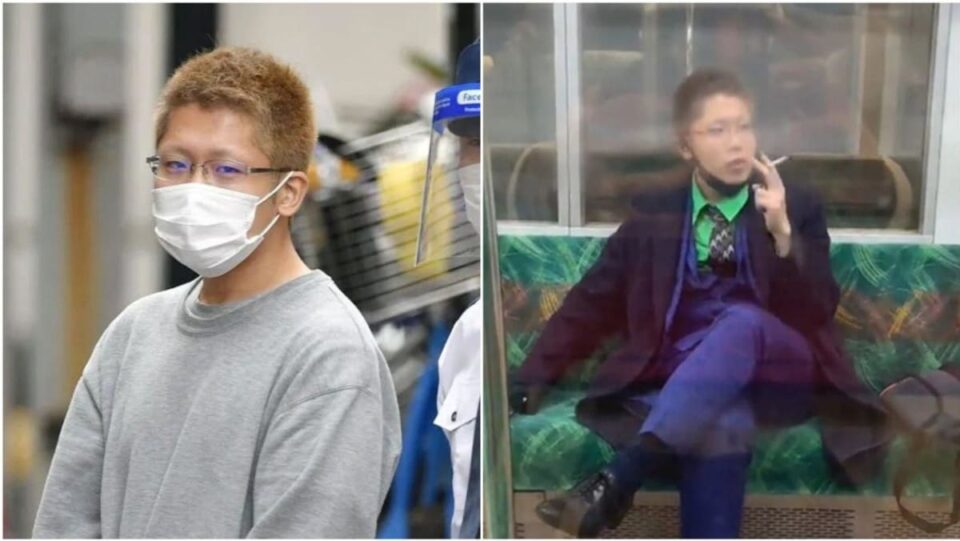 Earlier this month, a train attack which saw as many as 17 injured shocked Japan. Much of the attention around the attack has been focused on the alleged perpetrator, who was seen wearing what appeared to be a Joker costume – but does the attack reveal more about Japanese society as a whole?

Japan is an extremely safe country.

I know that’s a bit of a cliche. But it’s only when you live here that you realise just how different Tokyo is from every other big city on earth.

The sort of petty crime that’s common in London or New York, doesn’t exist here. Violent crime is something you barely think about – at least as a man.

When a violent attack took place recently on a packed subway train it set off a lot of alarm bells.

The so called “Joker” attack on Halloween night has left many commuters wondering if it’s safe for them to use the subway, and authorities scrambling to assure the citizens of Tokyo that everything is being done to keep them safe.

It’s also prompted a feast of media speculation about the alleged perpetrator and whether there might be others “out there” like him.

Much is being made of the setting [a train] and the “Joker” costume worn by the 24-year-old accused.

If you’ve watched the actual movie, you might conclude this was a copycat crime – mimicking a scene aboard a New York subway car.

Indeed, the accused has reportedly told his interrogators he “worshipped the Joker character” and wanted to “kill as many people as possible”.

But criminal psychologists say the real point of the costume and the timing was not to mimic, but to draw attention to the outrage he was committing.

“I think he wanted to stand out,” says Professor Yasuyuki Deguchi a criminal psychologist at Tokyo Mirai University.

“He is a distorted attention seeker. By dressing up as the Joker on Halloween night, he thought he will stand out more. By acting like Joker and saying he looked up to him, he can get more attention from the people. I don’t think he decided to copy the Joker because he saw the movie.”

I’ve spoken to a number of criminal psychologists since the attack, and they all say the same thing; this was not the crime of a psychopath.

In fact, mass attacks are rarely carried out by people with identifiable mental disorders. Instead, they fit a different pattern. They are overwhelmingly carried out by men who feel rejected by society.

“Social isolation or lack of social bonds is one of the biggest risk factors for criminal offending, like mass killing and other very serious crimes” says Professor Takayuki Harada a criminal psychologist at Tsukuba University.

“So, they have no relatives, no loved ones, no job and no social bonds. They are disappointed by society and very hostile to society. They are also suicidal,” he says.

‘They want to blame others’

We don’t know much yet about the man alleged to have carried out the “Joker” attack.

But experts I spoke to likened it to another in Tokyo in 2008 – when a young man drove a truck into a crowd of shoppers in the popular Akihabara electronics district, and then began stabbing bystanders.

The man who carried out that 2008 attack came from a high-pressure elite family. But he failed his university entrance exams and ended up in a menial job.

Before carrying out the attack he had already attempted suicide and had posted messages on the internet outlining his plans to kill others.

“It is like terrorism, but it’s not terrorism,” says another criminologist who doesn’t want his name used.

“Akihabara [attack] was mass murder,” he says. “It is the act of an ordinary person or weak person, someone whose been bullied. They tend to accumulate stress.

“They have a desire to commit suicide, so they think ‘if I am going to kill myself, I might as well take others with me’. They especially want to blame others for the situation they are in.”

These crimes have similarities to mass attacks in the United States, but with some key differences.

Firstly, Japan has extremely strict gun laws. Secondly, displays of aggression carry a strong social taboo here – which may be one reason crimes like this are so rare.

“Aggression is sometimes pointed inside – [which usually presents as] suicide,” says Professor Harada of Tsukuba University.

“If you convert it to the outside, it will be homicide or other aggressive behaviours. It is two sides of a coin. Japan is very famous for high rates of suicide.

“But aggression and other kind of criminal behaviour are very low. So Japanese people are likely to convert aggression inwards. So that is one of the reasons aggressive behaviours are very low in this country.”

However, there is a perception that attacks like this are becoming more frequent in Japan. There have been three attacks on Tokyo’s subway system since August.

Psychologists say the pandemic may have intensified economic hardship and social isolation – both possible triggers. They are also concerned about the amount of media attention the joker attack has drawn.

“When similar incidents occurred (in the past) we see a copycat inevitably emerges,” says Professor Harada. “So I think it’s a problem that the media gives detailed, information, how the crimes is committed. So, I think this is a big problem.”

Indeed, we have already seen one attempted copycat attack, and the police may have averted others.

But despite the understandable concern, the experts I spoke to said we should look at the numbers – and they show that over the last 50 years male violence has declined dramatically, and that Tokyo remains one of the safest places on earth. 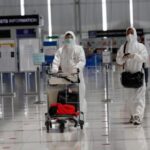 Thailand opening not going to plan

Horoscope today what your star sign has in store for you