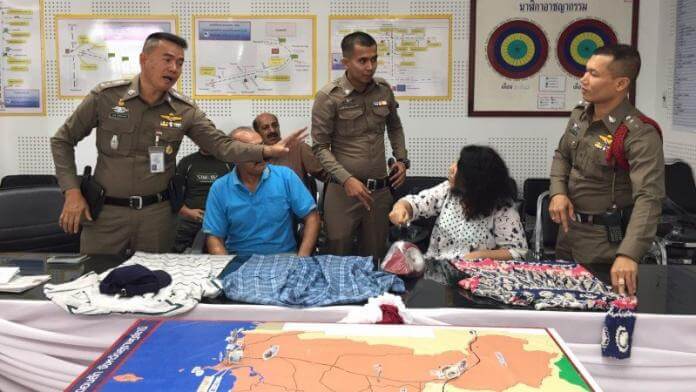 Police in Southern Thailand has made an arrest of four Iranians who were touring around Thailand stealing from shops.

The thieves included a father and daughter who did the thefts and friends who were the driver and lookout man.

They had rented a Toyota Vios in Pattaya on January 23rd to conduct their Thailand theft spree.

They all deny it but the police say they have plenty of evidence.

In the latest incident on Sunday the father and daughter went into the Donsak Suksaphan shop where they stole 2,500 baht from the purse of owner Chaluay Donphot, 64, while she was distracted.

Chaluay ran after them and managed to grab back 500 baht. The gang then made off towards Nakorn Sri Thammarat with police in a chase.

Sichon police managed to set up a roadblock and the gang was all arrested.

They had been responsible for a 20,000 baht theft in Jandee district of Nakorn Sri Thammarat and stole an iron in Ban Nasan district of Surat Thani.

They have all been charged with snatch theft and theft using a conveyance and are in the custody of Donsak police.

Thai hospital security guard accused of stealing wallet of man dying from heart attack in parking lot, family outraged that nothing has been done