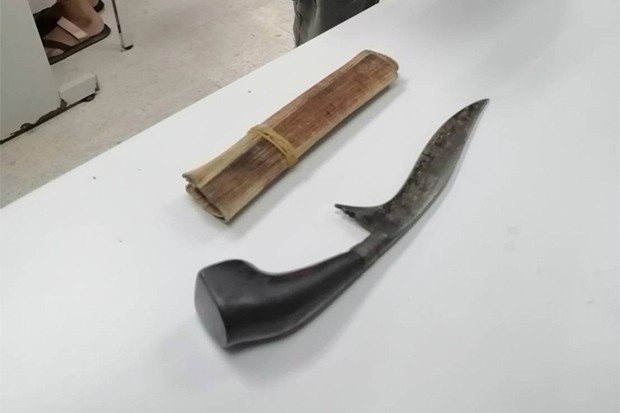 A man surrendered to police after killing his own son in Cha-uat district on Saturday night.

Pol Col Thien Banthip, the Cha-uat police chief, said Boonyuen Waennak, who was about 65, went to the police station at about 10pm and surrendered, saying that he had just killed his own son.

Police went to house No. 45/3 at Moo 6 village in tambon Nang Long to investigate.

Ms Somjit, Mr Boonyuen’s wife and Sanoon’s mother, told police that Sanoon, who lived in a house next door, was mentally ill.

On Saturday night, holding a long knife, Sanoon came to her house and threatened to kill everyone before kicking his younger sister, Ms Jarinya. She tried to stop him, but he punched her.

At that time, Mr Boonyuen returned home and tried to calm his son down.

When Sanoon threatened to stab him with the knife, Mr Boonyuen charged at him. In a tussle, Mr Boonyuen pulled out a knife and stabbed his son repeatedly. Sanoon dropped to the floor and died.

Mr Boonyuen immediately went to the police station and surrendered. He said his son had frequently attacked other family members during episodes of mania

The father was initially charged with murder. 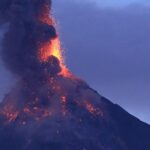 Philippines on alert for another volcano eruption as thousands flee 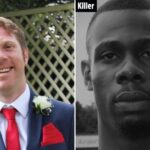 Wife’s heartbreaking tribute to hero dad, 38, who ‘sacrificed life to save boy, 2, from footballer holding him captive’