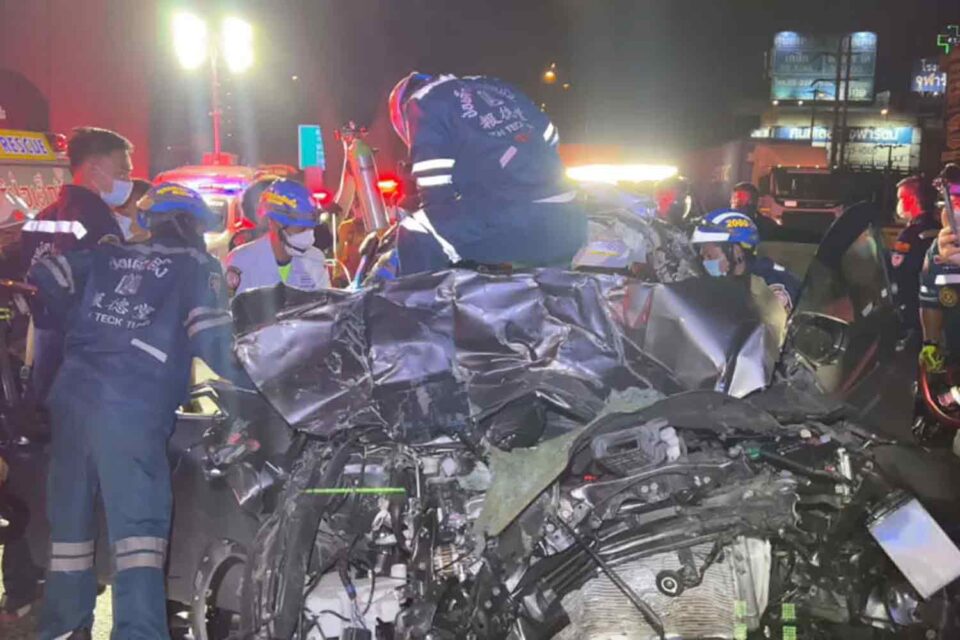 The other vehicle, believed to be a truck, left the scene before emergency responders arrived.

Police called to the scene found a black Honda HR-V stalled in the middle lane, the front of it badly damaged.

Trapped on the driver’s seat was Pol Lt Saharat Kongmee, a deputy chief investigator at Udomsuk police station. He was seriously injured and unconscious.

Rescue workers used hydraulic jacks to release him from the crumpled car and he was rushed to Chularat 1 Suvarnabhumi Hospital.

The vehicle, believed to be a lorry, which was hit in the rear by the SUV had left the scene, leaving behind some broken pieces of bumper on the road.

Police were examining footage from security cameras in the area to establish the cause of the accident and looking for the lorry and its driver. 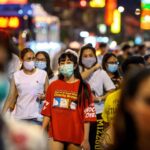 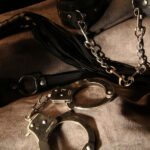 My partner lets me sleep with other men