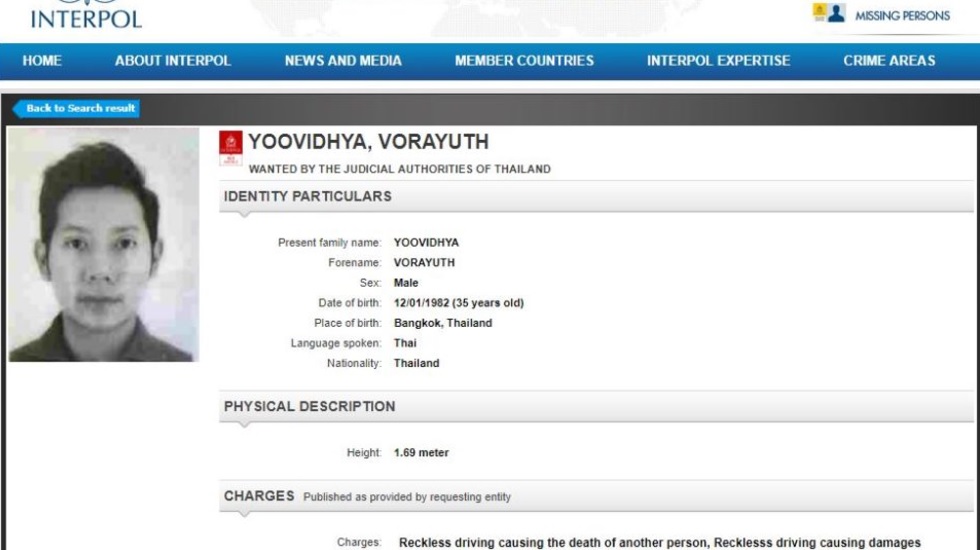 It’s been almost 2 weeks since Interpol issued a red notice for Red Bull fugitive “Boss”, but they have only just added him to their official website.

Interpol officially added an online wanted notice for Red Bull heir Vorayuth “Boss” Yoovidhya in connection with the September 2012 incident in which he allegedly hit and killed a police officer in Thong Lor with his Ferrari and allegedly fled the scene of the crime and, later, escaped justice by leaving the country.

The Interpol site goes on to say, “Interpol cannot compel any member country to arrest an individual who is the subject of a Red Notice. Each member country decides for itself what legal value to give a Red Notice within their borders.”

According to Khaosod, the notice has been searchable by law officials since last month, but the public was only able to view it as of Monday.

Though he has been on the run for years and skipped endless court dates to face charges, the first Thai arrest warrant for him was only issued in April of 2017. Some of the charges against him have already expired due to the statute of limitations.

It’s stated at the bottom that the notice is only an extract of Interpol’s full Red Notice for public consumption. It’s imagined that much for information about the case would be available on the full notice if you were an officer of the law properly logged into Interpol. 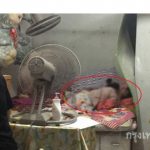 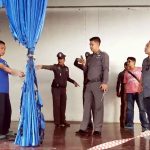