Civil engineers on Thursday inspected the scene where five workers were killed and five others injured when the top of a crane fell on them at a Bangkok condominium construction site on Wednesday.

Bang Phong Phang police superintendent Colonel Somphot Suwancharas, who joined the inspection in Yannawa district, said police would file an initial charge of recklessness causing death and injury based on the results of the police forensic probe and engineering inspection.

As he joined the expert team led by Department of Public Works and Town and Country Planning chief engineer Sathian Charoenrien, Somphot said the contractor company did not send a representative to give a testimony so it was still unclear if a supervising engineer was there at the time. So far police interviewed five witnesses and would talk to the injured workers soon. 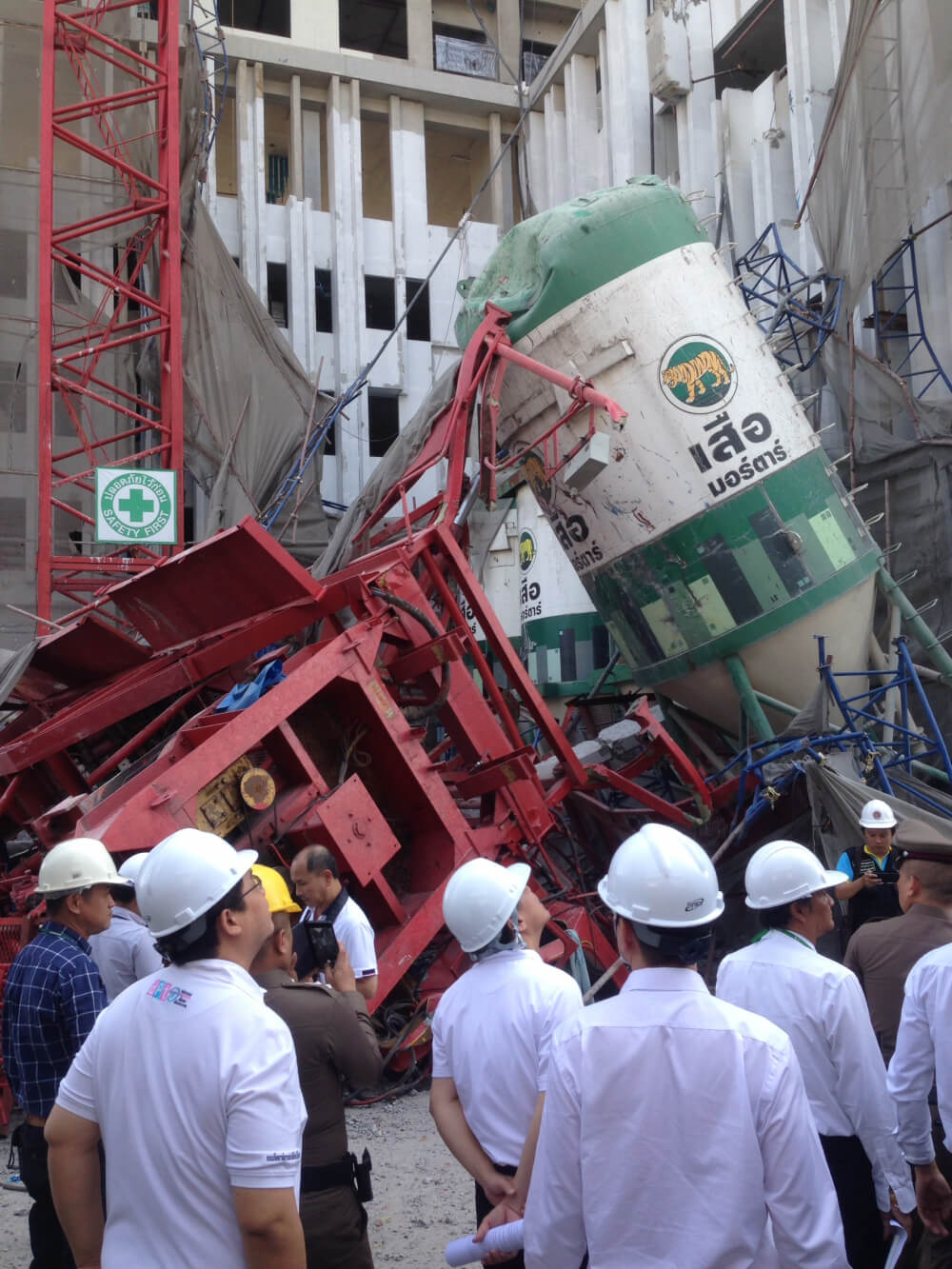 All construction work was halted after Yannawa District Office suspended operations for 30 days at the 35-storey condominium construction site.

A team member, Chulert Jitjurjun, who is a civil engineer from the Engineering Council, said the building control supervising engineer and the crane installing supervising engineer should work together. Almost an hour into the inspection, Chulert told reporters that the collapsed crane was old, having been in use for years, and was not in a 100 per cent perfect condition.

It was not yet determined if a supervising engineer was on site at the time, he said. But if proven to stem from the engineer’s recklessness, it could result in the engineer’s licence being suspended or permanently revoked.

The building structure was not affected by the crane accident with just some cracks on the 12th storey that had to be repaired, he said.

As the cause of the incident was still under investigation, questions had been asked about the crane installation.

CEO of LPN Development PCL Opas Sripayak on Wednesday claimed the accident was caused by a flaw in the way the crane had been assembled by an outsourced company, while the city had said the building construction, which reached the 13th floor, did not obtain permission for the crane to be aiding the construction of the 14th floor upwards.

Yannawa district chief Suthat Rujinarong said as a crane was not part of a building, its installation required a separate permit or the district office would order it to be dismantled. The dismantling also requires the construction project to submit an application for a crane-removal permit and a safety plan of action, Suthat added.