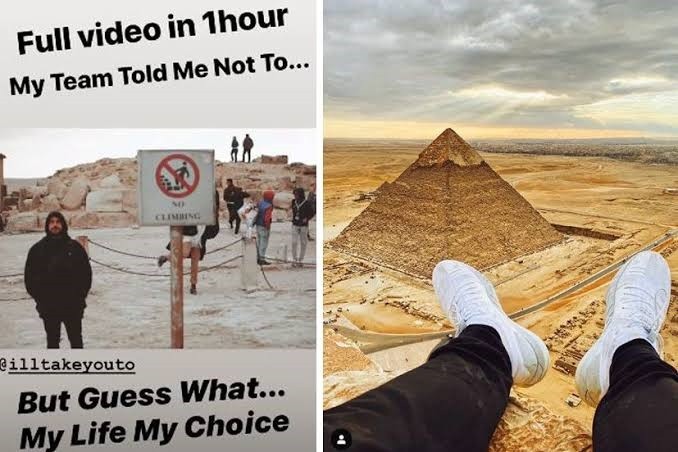 An influencer claims to have spent five days in an Egyptian jail after climbing one of the Pyramids of Giza.

Vitaly Zdorovetskiy, who has 3.1 million Instagram followers, shared a picture of himself atop a pyramid on social media with the caption: “No words can explain what I just went through the past five days. I’ve been in jail many times but this one was by far the very worst. I saw horrible things and I don’t wish this upon anybody.”

Zdorovetskiy later shared a video of his experience in which he said the stunt was “for a good cause” and called for viewers to “stop the war” and donate to the Australian bushfire crisis.

“Absolutely breathtaking, this is incredible guys,” he says in the video, which has been viewed nearly 710,000 times as the time of writing. “Stop the war. Help Australia. Let’s raise money.”

He added: “Egypt, I love you. No disrespect to you. I just want to bring awareness to the world… millions of animals are lost, millions of people are hurting.”

The footage shows what Zdorovetskiy calls “the military” waiting for him at the base of the pyramid. They take his passport and appear to escort him to a vehicle.

The video is a far cry from his usual posts, which frequently feature him posing next to naked or scantily clad women.

Some Instagram users criticised the move, with one writing, “THIS IS NOT OK! Respect other countries’ rules and culture! Pyramids is history for the next generation and shouldn’t be taken as a joke!” and another adding, “It was not for war or raising money but for a public stunt”.

However, other praised the controversial stunt. “Thanks Vitaly for using your social media presence to help others,” commented one fan.

The Giza pyramid complex is an Unesco World Heritage Site and is home to The Great Pyramid and the Pyramid of Khafre, the largest pyramids built in ancient Egypt.

The Great Pyramid is the only one of the ancient Seven Wonders of the World still in existence.

It is illegal to climb the pyramids. 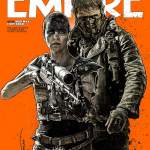 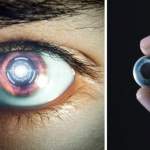