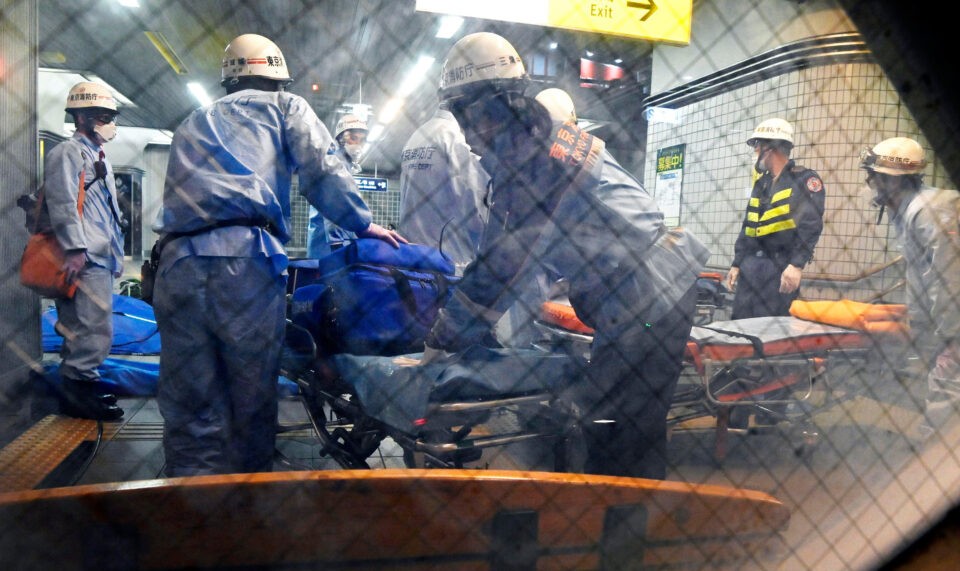 AT least 10 people are injured after a man went on a knife rampage on a commuter train in the Olympic host city of Tokyo.

One passenger, a woman in her 20s, was left with multiple stab wounds in her back and chest while the rest of the victims sustained minor injuries, according to Kyodo News.

Cops captured the assailant as he tried fleeing the scene.

Authorities said the victims were rushed to hospital while one was able to walk away.

A witness at a nearby station where the train eventually halted said he saw panicked passenger bolt of out the carriages.

Another told broadcaster NHK that commuters were smeared with blood and that an announcement was made calling on doctors on board and passengers with towels to help, according to the Independent.

The train was brought to an emergency stop after the rail operator was alerted, Al Jazeera reports.

The broadcaster added that the suspect was caught after storming into a convenience store and telling people he was fed up of running away.

The store manager saw the 20-something-year-old covered in blood and called police.

The man left what was believed to be the weapon and a mobile phone on the train, one source told The Japan Times.

There were no immediate details about the attacker or a motive.

Dozens of police and paramedics rushed to the crime scene near Seijogakuen-Mae station, according to the railway operator, Odakyu Electric Railway Company.

Police declined to comment and no other details were immediately available.

Seijogakuen-Mae station is only a few miles away from the Tokyo 2020 Olympic stadium, where sporting events draw to a close on Sunday.

Despite a usually low crime rate, Japan has seen a number of mass-casualty knife attacks in recent years.

In May 2019, a 51-year-old man went on a stabbing spree in the city of Kawasaki, killing a man and 12-year-old school girl and injuring 15 other school students.

And in 2016, 19 residents at a care home for people with mental disabilities were stabbed to death by a former employee who confessed to the killing. 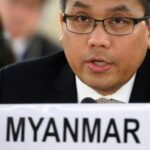