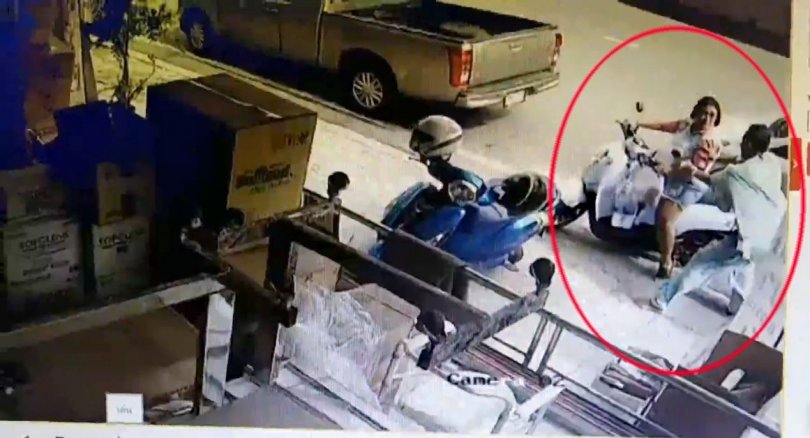 Police in Samut Sakhon on Wednesday, who escaped from a hospital.

The inmate was jailed for Thonburi Remand Prison in Bangkok’s Bangbon district.

“I was shocked so I ran into the pharmacy and called for help. When I came back, the man had ridden away on the motorcycle that belonged to the owner of the shop, “she said.

The doctors admitted him to the prison guard.